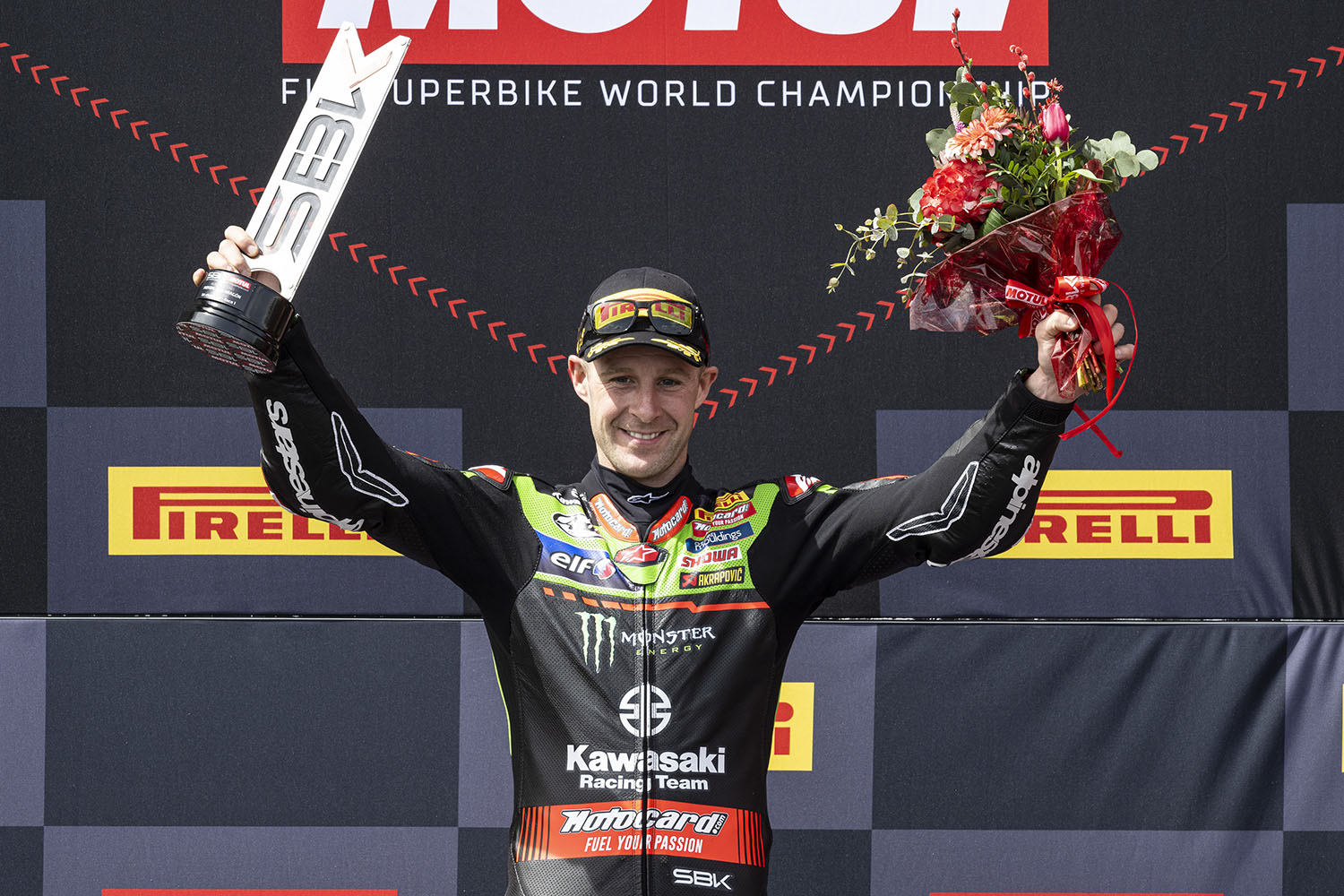 Jonathan Rea took his KRT Ninja ZX-10RR to victory in the first race of the 2022 season after 18 laps of constant battling with first two, and then one, of his expected championship rivals. KRT rider Alex Lowes was in a comfortable fifth place but fell on lap seven and no scored.

The anticipation was high for a classic battle to start the first race weekend of the  2022 WorldSBK season at the 5.077km long Motorland Aragon circuit in Spain, and the action up front delivered from the first to the last lap.

The three leading riders fought hard in the early laps, with Rea leading, then being re-passed by Razgatlioglu, with Bautista sitting behind until joining in the three-way fight for the first full points score of the season.

In the final lap, with Razgatlioglu slowing, Rea had to fight Bautista for the what was to be a famous win. Jonathan led onto the back straight but was passed by the Spanish rider as they approached the braking zone. Rea made a decisive move on the inside line into the final corner, holding his advantage on the exit and winning by just 0.090 seconds. With Bautista second, Razgatliolgu was third, 5.416 seconds behind Rea.

Misfortune struck for Lowes as he was sitting in a strong fifth place, at the head of the riders chasing the leading group. He fell at Turn 12 on lap seven and could not restart. Alex had qualified fifth in Superpole and started the race from the second row of the grid.

Jonathan Rea (Kawasaki Racing Team Rider): “It was a nice race and an exciting one. I really enjoyed the battle. I think we really showed the strength of our bike. It was very agile, stable on the brakes, and I could change direction. The work we did in the off-season, focusing on the softer tyres in the SCX family, is really bearing fruit now. I was able to be very fast until the end with a soft tyre, in a very cool temperature. Even before the race we were thinking, ‘OK, we have done all this work but we had never, ever made this SCX work in 24°C of track temperature’. So big credit to my team, Kawasaki and Showa because it was a really big win for us to do that. Not just to win the first round of the championship but the way we did it. We have two more opportunities tomorrow that we have to maximise. But today I am really happy.”