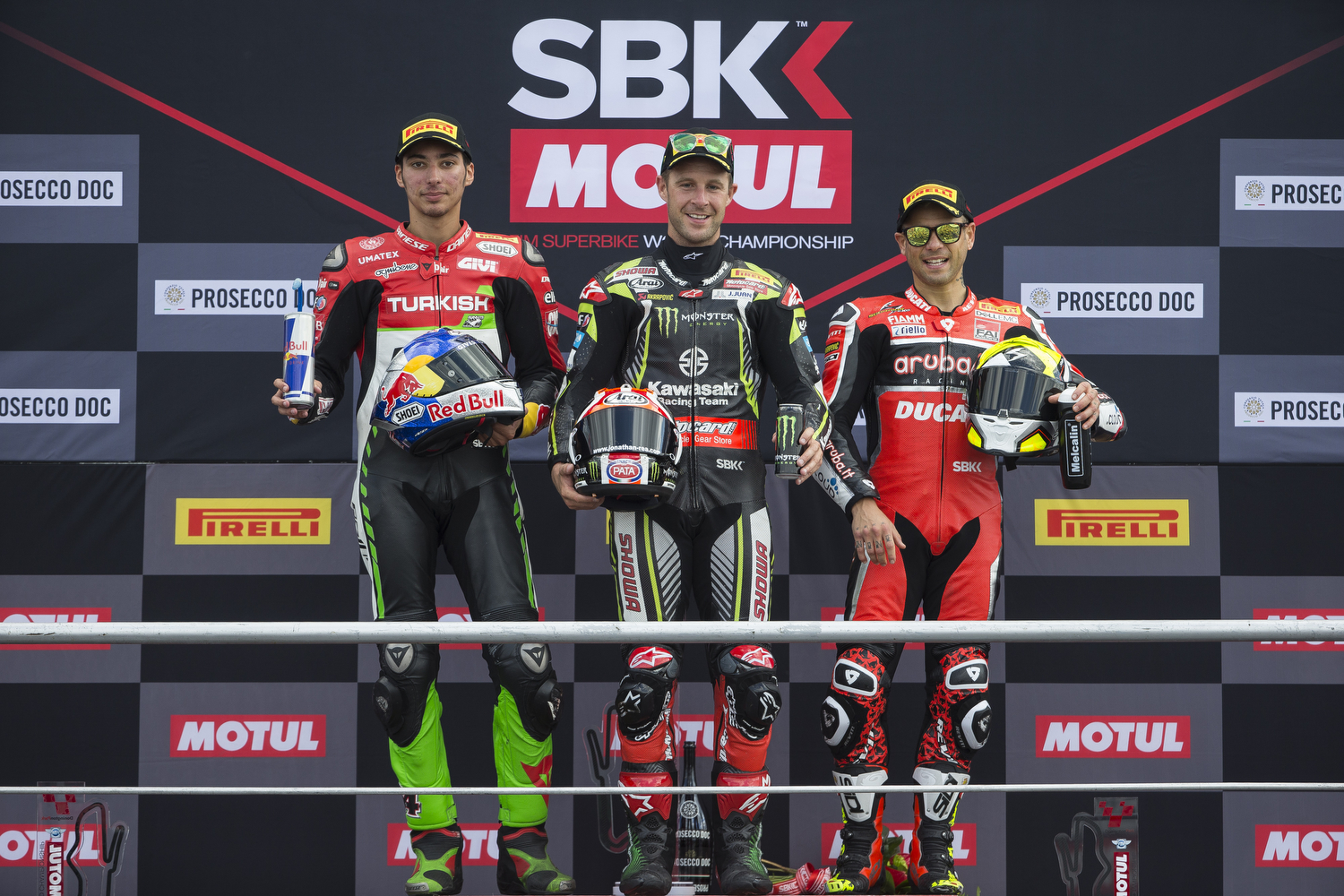 Jonathan Rea completed a near perfect WorldSBK race weekend at his home round in Donington Park by winning both of today’s races, adding them to his Saturday victory for a maximum possible points score.He also set a new lap record of 1’27.166 on his way to the win in the Superpole race this morning.

After an astounding wet race win in Saturday Jonathan Rea scored two more in dry conditions today to extend his championship lead to 24 points, with just one round to go before the summer break begins.  Rea now has 376 point to Alvaro Bautista’s (Ducati) 352.

The next round will be held next weekend at Laguna Seca in the USA, between 12 and 14 July.

Jonathan Rea, stated: “This morning in the sprint race with Tom Sykes, who is one of the best riders in this circuit, I was able to analyze where he was strong and make my move. Unfortunately the race was red flagged before the end. But to win the second race this afternoon was really special - the best of the weekend. Another nice fight with Toprak, who was really strong in some areas of the track and I was able to be strong in others. A positive weekend and I am looking forward now to the next few races, because I feel like there are some good tracks coming for us now. I seriously did not expect these kind of results this weekend.”