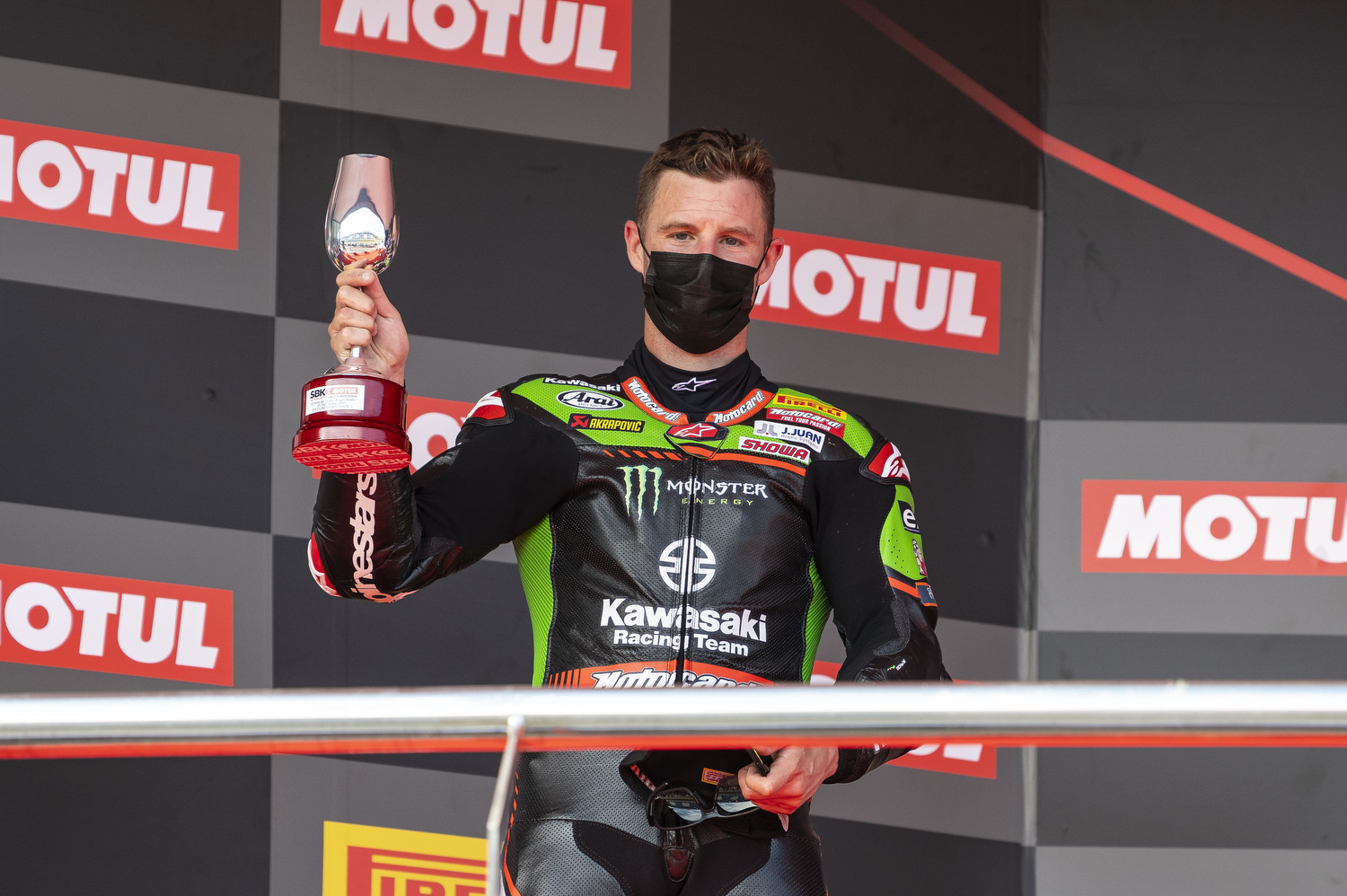 Jonathan Rea secured second place in Race One at the Circuito de Jerez - Angel Nieto for his 24th podium of the season.

In bright sunshine the WorldSBK Championship as a whole observed a minute’s silence before the races took place in memory of Dean Berta Vinales, who had suffered fatal injuries in the WorldSSP300 race at Jerez on Saturday.

With no WorldSBK or WorldSSP races on Saturday the decision was made to restart racing on Sunday, under a new schedule that replaced the ten lap Tissot-Superpole Race at 11.00 with a full distance 20-lap Race One

Rea and championship leader Toprak Razgatlioglu (Yamaha) fought out a long battle in Race One, as Rea led his rival across the line for 13 laps. Razgatlioglu eventually passed Jonathan on the second attempt and went on to win by 1.225 seconds.

In the second WorldSBK race of the day Rea again battled at the front but without the rear grip he needed he had to give up places and was in sixth place for some time before moving up one position to finish fifth.

Jonathan is second in the championship rankings, with Razgatlioglu on 449 points and Jonathan on 429.

Portimao in Portugal provides the host venue for the last European round of the season, to be held between 1-3 October, before WorldSBK heads off to take part in its season-ending long-haul races.

Jonathan Rea said “It was quite hard work today, especially in Race Two, but I think I can stand back tonight and actually be quite satisfied with our day’s work. I didn’t expect to be so strong in Race One here in Jerez. From the first session on Friday I felt quite good with the bike and the tyres, and I could fight until the last laps with Toprak in race one; it was very close. That was a positive for me. In Race Two the temperature had risen and of course it was like in Barcelona, I experienced the same type of problems with the soft tyre. There was little grip and it was very hard to stop the bike and go into the corner, and this was the difference. Normally we would put in a soft tyre in the weekend and the difference in lap time would be much faster. But today we didn’t have it. We need to check why.”