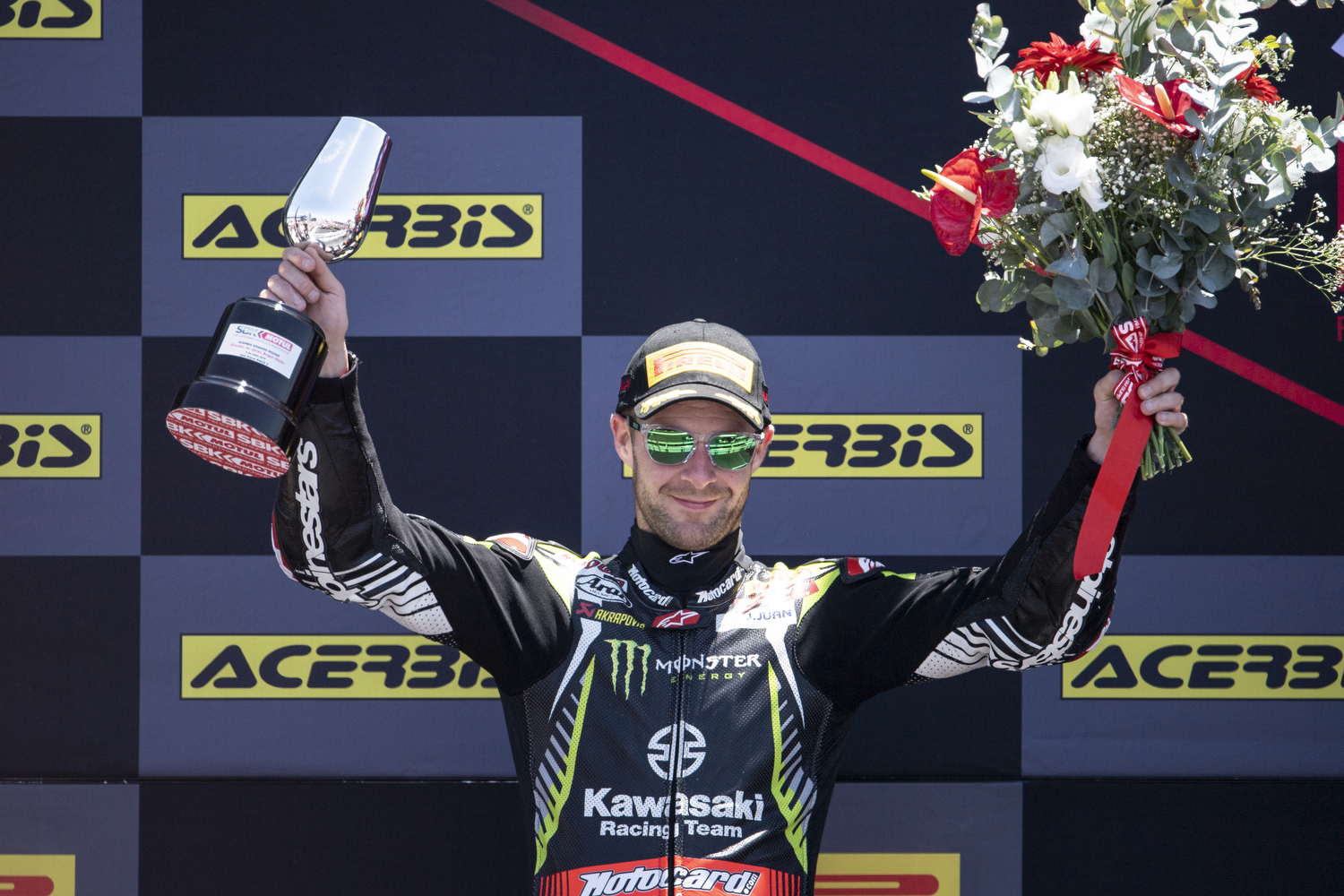 Jonathan Rea scored a second place finish in the last race of round six of the 2019 FIM Superbike World Championship at Jerez in Spain today.  In the earlier Tissot-Superpole Race he had battled through to fourth.

Rea had to start the ten-lap Tissot-Superpole race from the back of the grid after suffering a double penalty on Saturday.  He worked his way through the pack and finished fourth despite having the same pace as the leading riders.

The planned second full distance race of the weekend was a dramatic finale to complement the hot on-track action in Spain. Alvaro Bautista (Ducati) fell whilst leading at the end of the first of 20 laps with Jonathan right behind and in the best position to profit.  He led the race for a number of laps but in the end was unable to match the pace of eventual race winner Michael van der Mark (Yamaha).

Rea was particularly keen to win the final race today to make up the maximum points possible on his championship rival Bautista. Jonathan did not quite have an optimal set-up for the second half of the race, but 20 points to Bautista’s zero means he leaves Spain 41 behind in the championship fight, and still in a clear second place overall.

Misano World Circuit Marco Simoncelli will host the seventh round of the championship, between 21 and 23 June.

Jonathan Rea, stated: “In the final race I did not have the pace of Mikey. I need to check the times but we definitely made a step with the bike set-up from yesterday afternoon to today, especially with the front end feeling in the faster corners. But over the lap there were some areas where I was very close, or even better than Michael, but in one crucial area I just lost too much. It is something we have been working on all weekend and today the bike was better. I needed a clean day today to finish both races strongly. This morning’s race took a lot out of me mentally and physically - coming from the back of the grid to try and make up all those positions in a short space of time. I am looking forward to Misano now.”