Rea Second In Aragon Race One 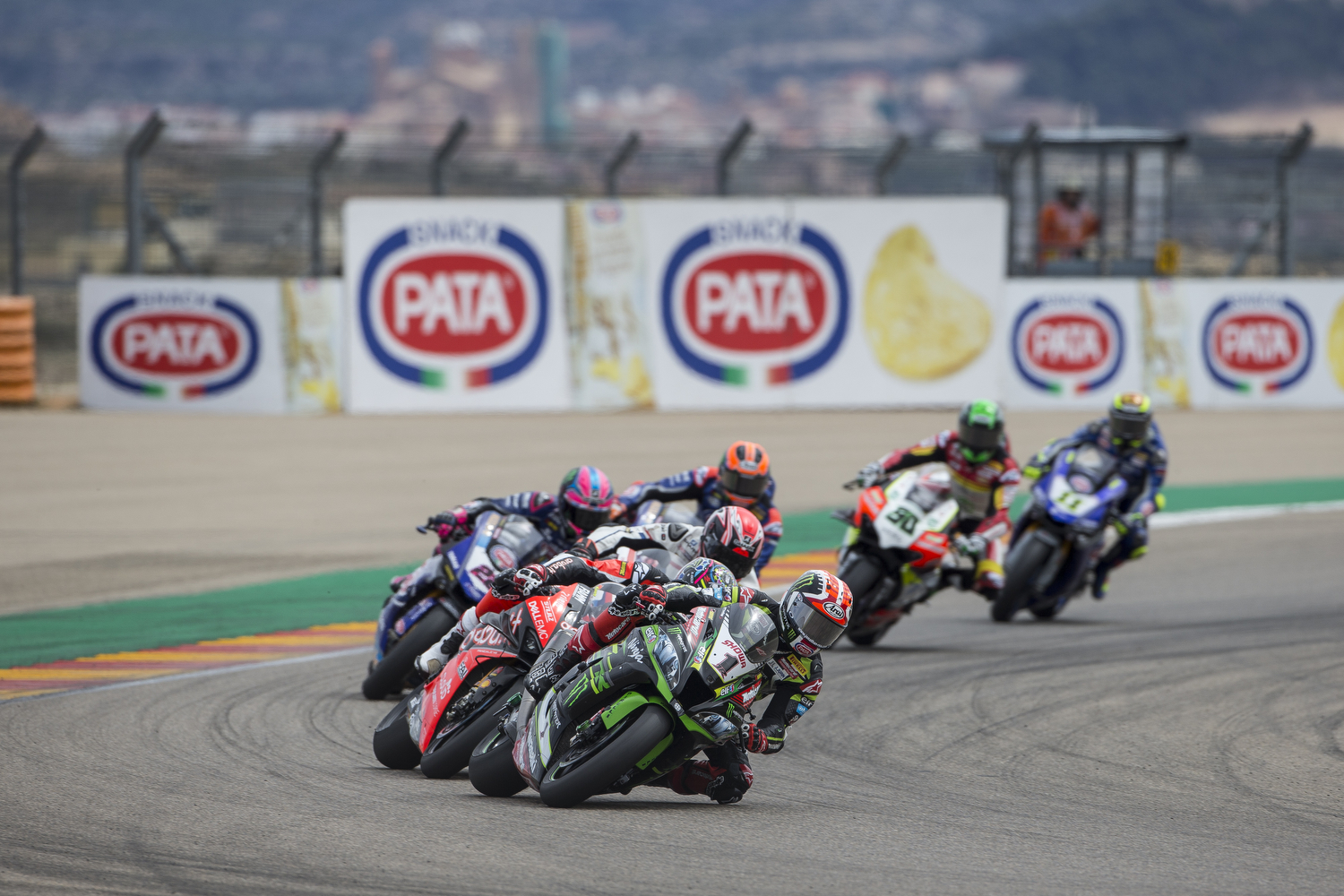 Jonathan Rea took his Kawasaki Racing Team Ninja ZX-10RR to a strong and determined second place at Motorland Aragon in the opening race of round three of the 2019 WorldSBK Championship.

After a difficult Superpole qualifying session that saw Jonathan start race one from tenth place on the grid, the four-time world champion brought all his considerable powers to bear in the race and was up to second by lap four. He fought off multiple challenges from Chaz Davies (Ducati) and Alex Lowes (Yamaha) to record his seventh consecutive second place of the season.

Today Rea reached the landmark of 250 career race starts in WorldSBK, placing him fifth in the all time rankings.

There are two more WorldSBK races at Motorland on Sunday; a ten lap Tissot Superpole race and then a final 18-lap full distance race to be held in the same 14.00hrs slot as today’s opener in Spain. With these two Motorland Aragon races still to go Rea is currently second overall in the standings on 118 points.

Jonathan Rea, stated: “The race position today could not be any better and we achieved the maximum, even from tenth place on the grid. It was an eventful race for me and very exciting, with a lot of passes. All in all, we are very happy with the points and being on the podium, but still a little bit disappointed and bemused by the gap to the front, which is too big. In Superpole we made some mistakes as a team, both myself and the guys, from a time management side. We planned for two laps on the qualifying tyre but I was released a little bit too late then I made a mistake on my first lap and sat up in sector one, thinking to conserve the tyre for one last effort. But, when I came across the line, I realised my Superpole lap time was from the race tyre in the earlier laps.”