Rea Second In Argentina Race One 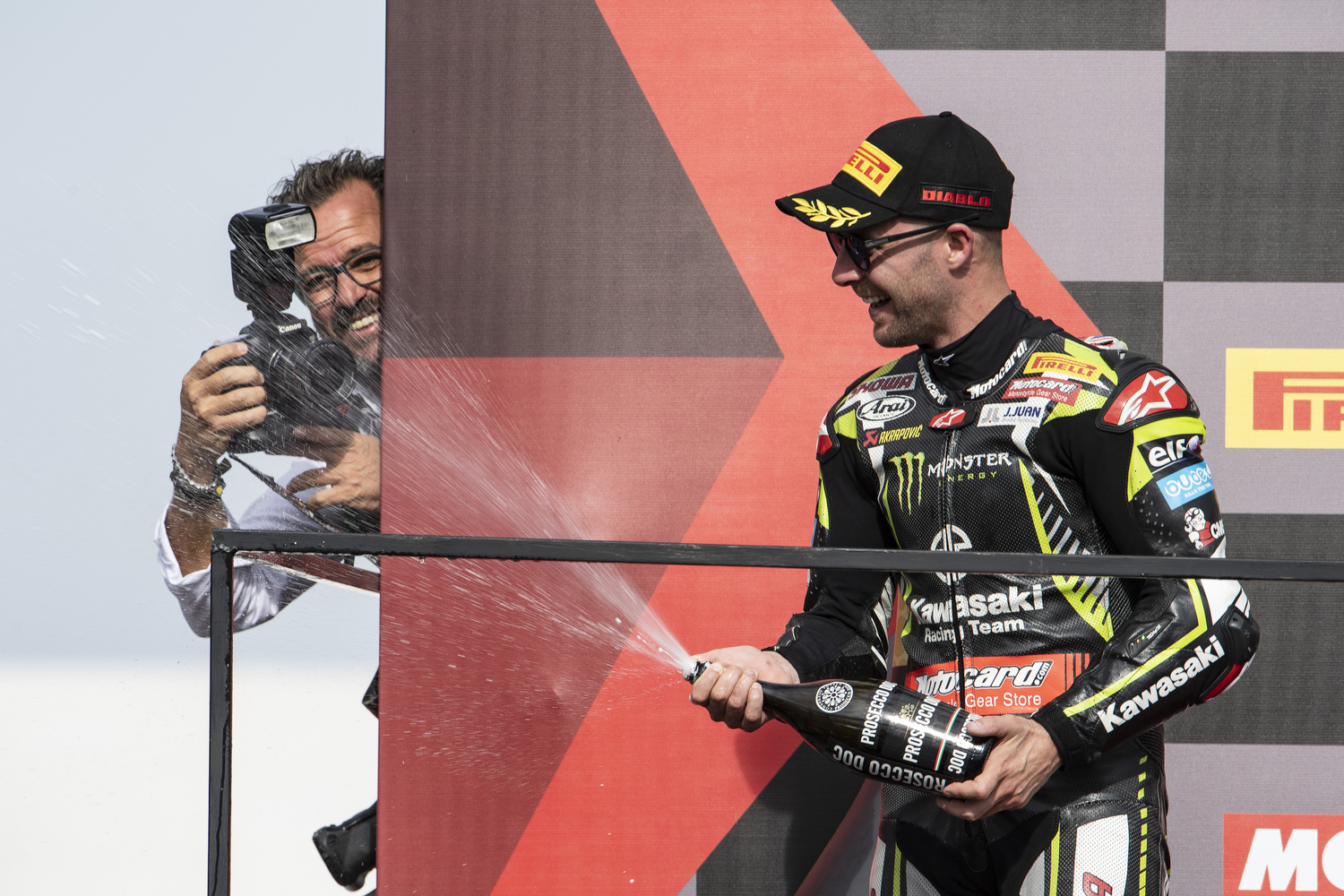 After some tough qualifying and practice sessions on the dusty and slippery Circuito San Juan Villicum track surface, the first 21-lap race went ahead on time, after a longer than normal FP3 session and then Tissot-Superpole qualifying.

Third on the grid for the start of the race, Rea and three other riders jostled for track position in the early laps. The fight remained between those four for five laps, then the break was made on lap ten as Bautista moved ahead.  Rea used all of his championship-winning skills to finish a tricky race safely in second place, while keeping Razgatlioglu behind him in third place.

Jonathan Rea, stated: “It was a very difficult race. As we know the conditions were not the best so it was more a case of managing myself and the bike inside the limits. But of course I got excited a few times because I could see my pace compared to Alvaro was quite similar. I was much stronger in a lot of the circuit and there were a couple of key areas where he was that bit stronger. I was just riding on the limit to be there so that meant when you take liberties in all the critical areas of the track I was making some mistakes - and just running onto the dirty stuff penalised me a few times. There are lessons to learn for tomorrow. Pere and myself made a last minute change, just before the race, to forget about out-and-out pace and to look after the tyre. That was the biggest thing because we knew the tyre was going to drop. So massive kudos to Pere because the change was quite significant. I felt like in the end we looked after the tyre a little bit, but too many mistakes penalised us.”