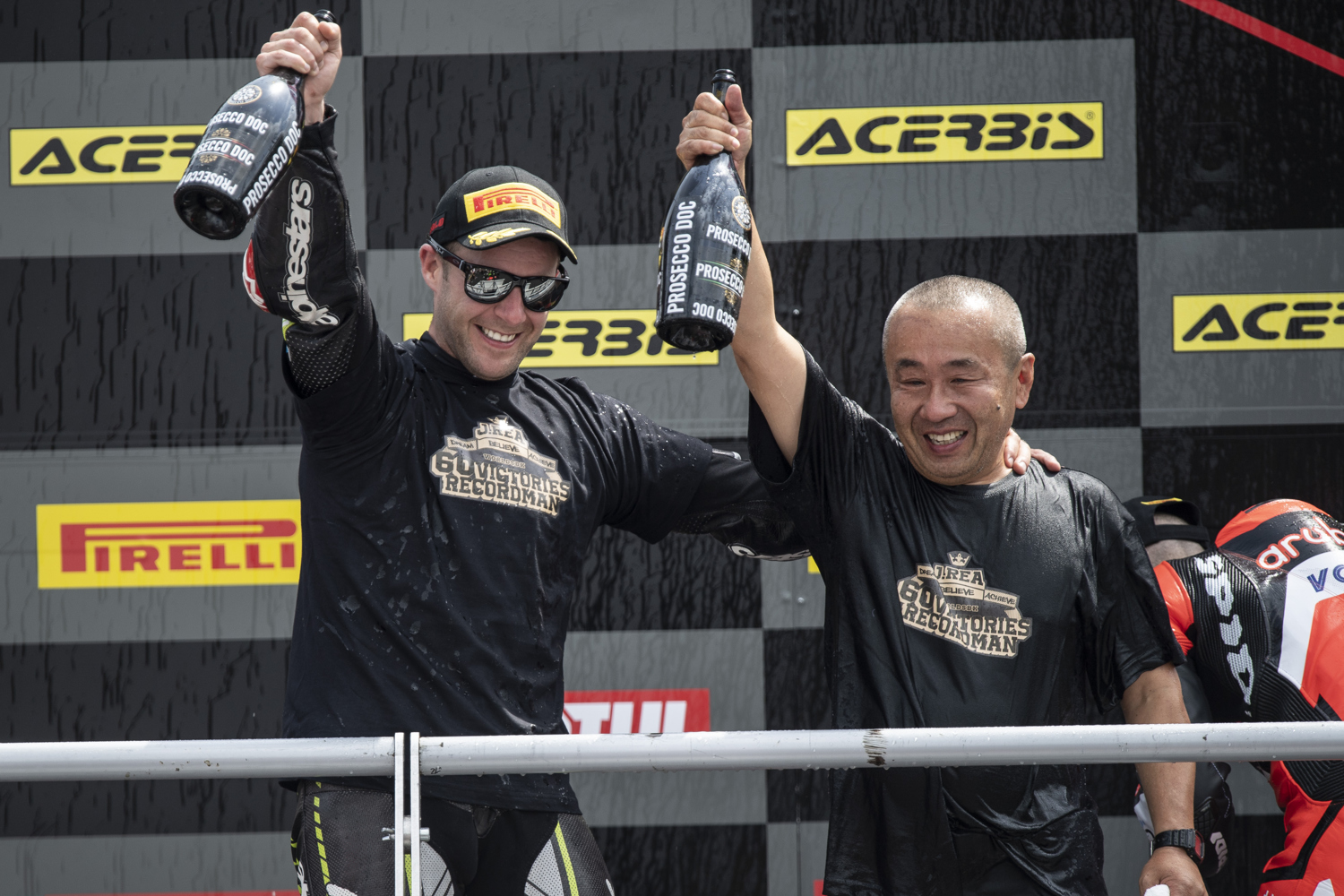 Jonathan Rea won the opening WorldSBK race at the Automotodrom Brno today and in doing so smashed his way to a new record total of 60 race wins in his WorldSBK career, surpassing the 59 race victories taken by Carl Fogarty. KRT team-mate Tom Sykes finished third with Marco Melandri (Ducati) in second.

Triple World Champion Jonathan Rea was in imperious form in taking his record number of race wins to a new high. It was not an easy task after having to face three starts from second place on the grid, in a race that was twice delayed and then finally run over 16 laps, not the planned 18. A red flag for a damaged section of air fence and then a false launch after the starting lights developed a fault, saw the race finally underway at 13.40.

Once off and running for real, Rea put as much space as possible between him and the pursuing pack, in what turned out to be warm and dry conditions at the 5.403km long Automotodrom Brno. Jonathan took his historic 60thwin by a margin of 5.382 seconds over Melandri.

The second Brno race will take place on Sunday 10thJune, at 13.00 local time.

Jonathan Rea, stated: “I am really happy. Of course it is hard to get super-ecstatic and go and start celebrating, although it is worth celebrating being the winningest rider in WorldSBK history, but we have another race to do tomorrow. I feel really fortunate to have this opportunity, riding a great bike and to be here every weekend. To win the 60thrace in that fashion, being dominant, was really nice. I could ride to my pit board at some points, which was also nice. It was a huge team effort, especially after coming here to test after Assen and before Imola, because it was such a tight schedule. It made yesterday less stressful because the conditions were not good for anybody. We were not so worried, because we had done two full days at Brno where we had evaluated all set-ups. We put it together from there.”