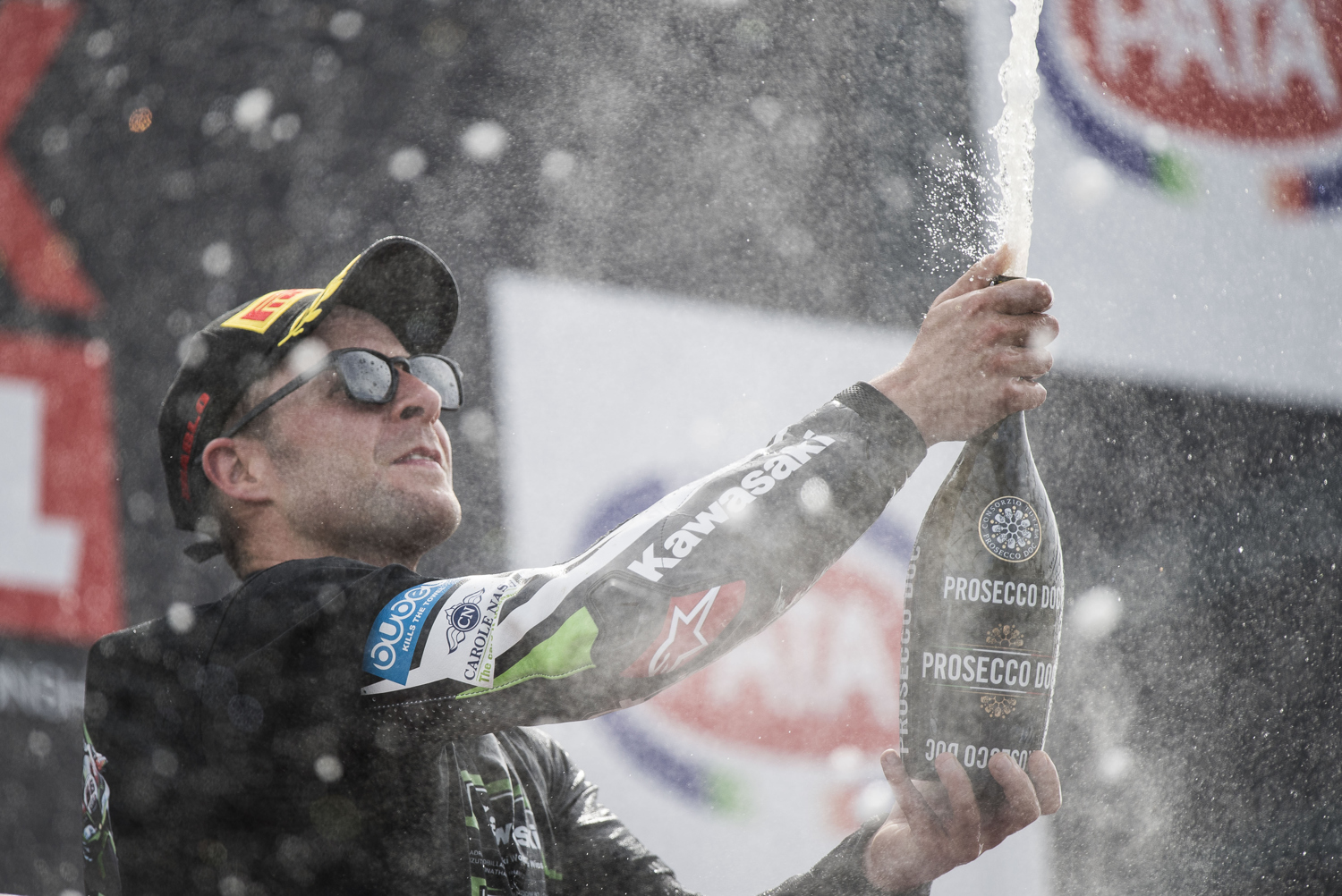 Jonathan Rea took his eighth win of the season so far in the second FIM Superbike World Championship race at Donington Park today.  The victory heralded a landmark of 100 race wins in world championship Superbike racing for Kawasaki.  KRT scored a 1-2 with the Ninja ZX-10RR as Tom Sykes finished second, ahead on Chaz Davies (Ducati).

Jonathan Rea rode one of the most important races of his career to take the second race win at Donington Park, despite having to start from the fourth row of the grid because of his first day no-score.

Rea made a superb launch and was able to ride around a first corner blockage that held back the early progress of team-mate Sykes. Such was Rea’s early pace that he went from tenth on the grid to first place after just one complete lap and one additional corner.

With Rea winning today and Sykes victorious in Saturday’s race the KRT duo sit 1-2 in the championship, with Jonathan 55 points ahead; 260 to 205. Chaz Davies, third in the race today and third in the points overall, is on 185.

Now the championship will head to Italy for the seventh round, at the Misano World Circuit Marco Simoncelli. Racedays will be Saturday 17th and Sunday 18th June.

Jonathan Rea, stated: “I had an incredible first lap today. I had been really frustrated because I got penalised by no fault of my own yesterday in scoring no points and then penalised again with my grid position today, when I went back to tenth. I knew I had to make a good start straight away otherwise my race was over. I was really quiet today and after warm-up I was really nervous. I was going through all these scenarios in my head about what I would do with a good start, or a bad start, and then what my race plan would be. My guys worked really hard overnight to build a completely brand new bike because yesterday’s was destroyed. The first time I rode it this morning, with some set-up changes from Pere. The bike was talking to me in a way I have not had this year. So I knew today was mine if I could get a good start.”