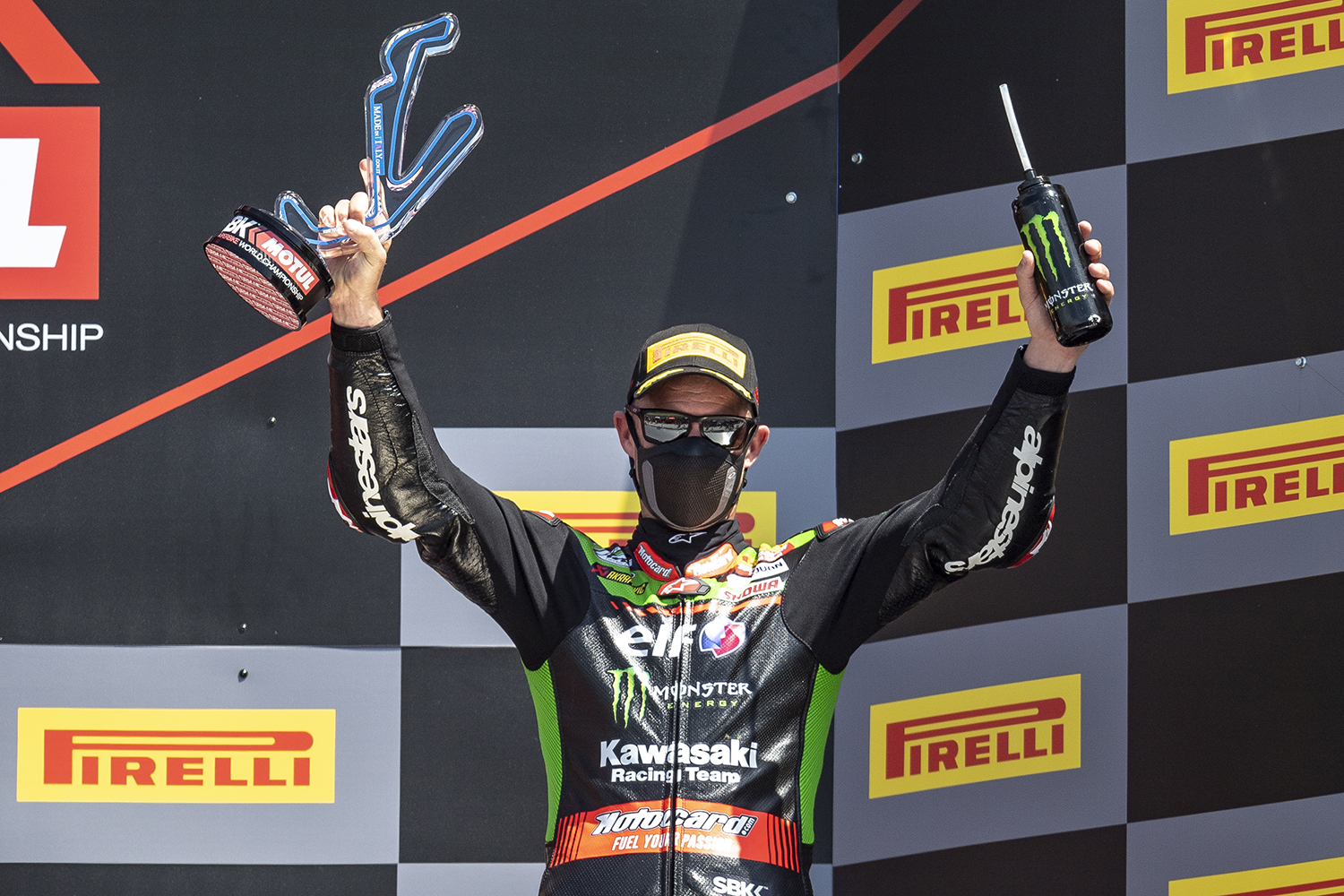 Jonathan Rea secured his seventh podium in succession with a third place in Race One at Misano today.

The opening FIM Superbike World Championship race at Misano in Italy was held in hot conditions, with track temperatures of over 50°C proving a challenge for all 22 riders on the grid.

On the new Kawasaki Ninja ZX-10RR championship leader Jonathan Rea was sitting behind eventual race winner and long time leader Michael Ruben Rinaldi (Ducati) until he suffered a front end slide that almost caused him to crash. He held the bike up on his knee-slider and did not crash but he lost his second place, eventually finishing third for his 150th Kawasaki WorldSBK podium visit.

He also set a new lap record of 1’34.476 on lap two, as he pushed the pace to try and break free of the leading group.

Earlier in the day Rea had taken his third Superpole win of the season, again at record pace, with a 1’33.416 lap time. This success gave him another landmark in his stellar WorldSBK career - 30 Superpole wins in all.

Jonathan Rea said “Saving a possible crash was more lucky than anything. I chose the new front tyre for this race. I used it in Superpole and felt quite good but we did not have a lot of information after ten laps in all. It seems like the temperature, especially in the race, meant I cooked the tyre too much. It started moving quite a lot. When I rejoined the track and had a gap up to Toprak it felt better, not perfect, but better. So tomorrow we need to revisit things to see if we can be fast with our ‘normal’ front tyre. The new one brought some confidence on the brakes but we need to be able to fight at the end of the race. My pace was still OK for the last laps but the moment I had in Turn One disturbed my rhythm and let Michael get away. He did fantastic today and the pace at the front was really good. I think tomorrow we can make a small step with the bike because I learned a lot from Michael and Toprak in Race One. Tomorrow we should be better prepared.”