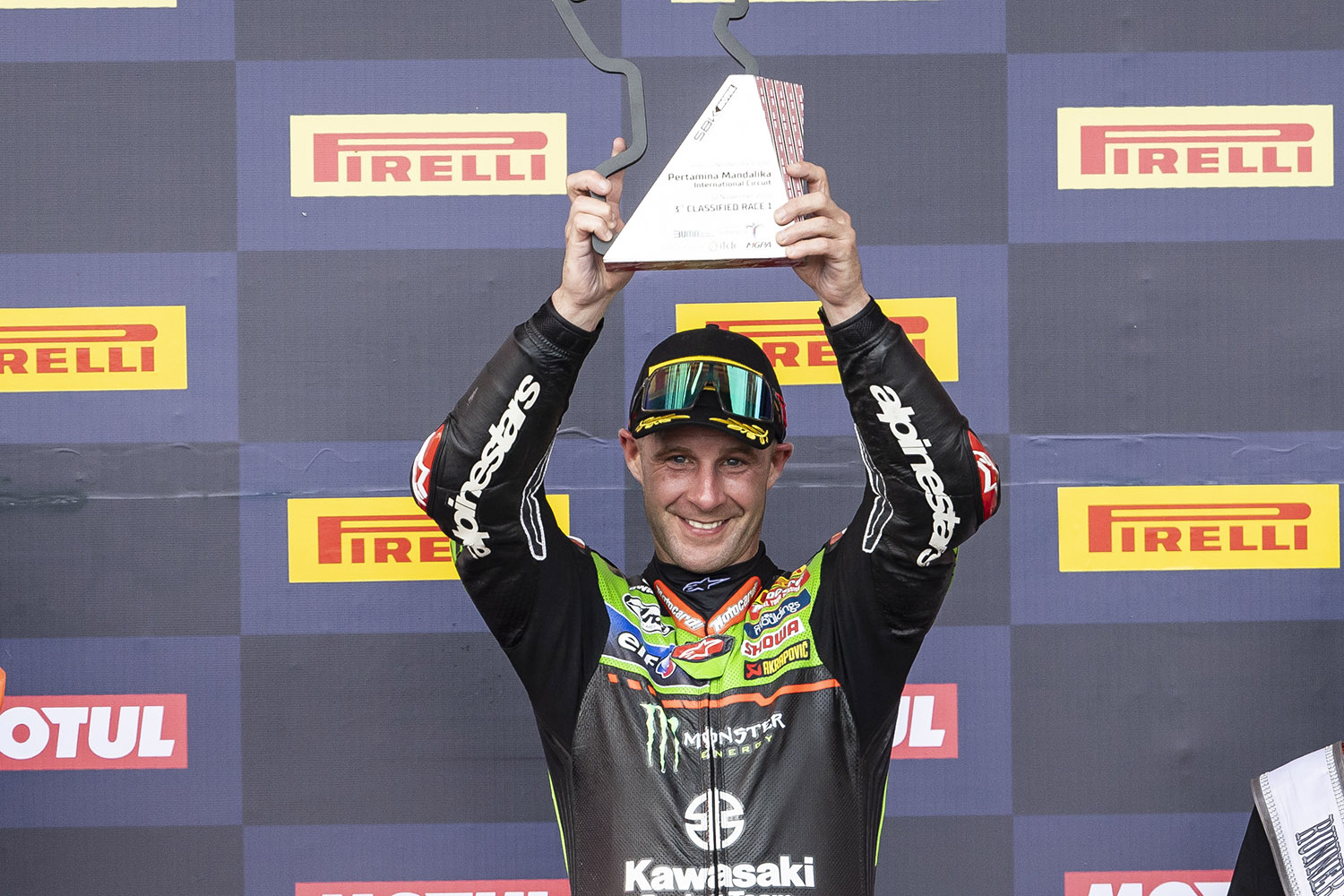 Rea, a six-times WorldSBK champion with Kawasaki, started from the front row of the grid after posting the second fastest time in Superpole qualifying earlier in the day. He was able to stay quite close to eventual race winner Toprak Razgatlioglu (Yamaha) for the first few laps but as the race progressed and his rear tyre grip dropped, Jonathan was passed by eventual second place rider Alvaro Bautista (Ducati). The temperature for Race One was 38°C, with the track surface reaching 58°C. Rea rode with a cool head to finish a clear third after 21-laps in the hot conditions.

The 4.310km long Mandalika circuit was resurfaced very recently, which means that so far there is one narrow line of grippy asphalt around the many corners, with most other areas very slippery. This makes any passing opportunity or any accidental venture ‘off-line’ quite an uncertain and nervous experience.

The track is ‘rubbering-in’ on that narrow racing line, so much so that both circuit and lap records were broken on Saturday, despite the circuit being much slower than expected on Friday.

Jonathan Rea, stated: “The target was the podium, to be honest. In Superpole I put a lap together and I was second fastest but I did not expect to have Toprak in my view in the race for so long. After four or five laps I thought, maybe I could be there? But as soon as the grip drops the bike starts behaving differently. All around the T5 to T8 section on the side of the tyre is where I was really struggling. The biggest worry for us before the race was the front tyre, but in parc ferme, at the end of the race, it was not so much worse than the others. We need to try to improve the grip level tomorrow, especially when the initial grip drops. The track surface is rubbering-in now, so of course it is getting better and better. That means tyre consumption should be better tomorrow, but we still need to make a step.”