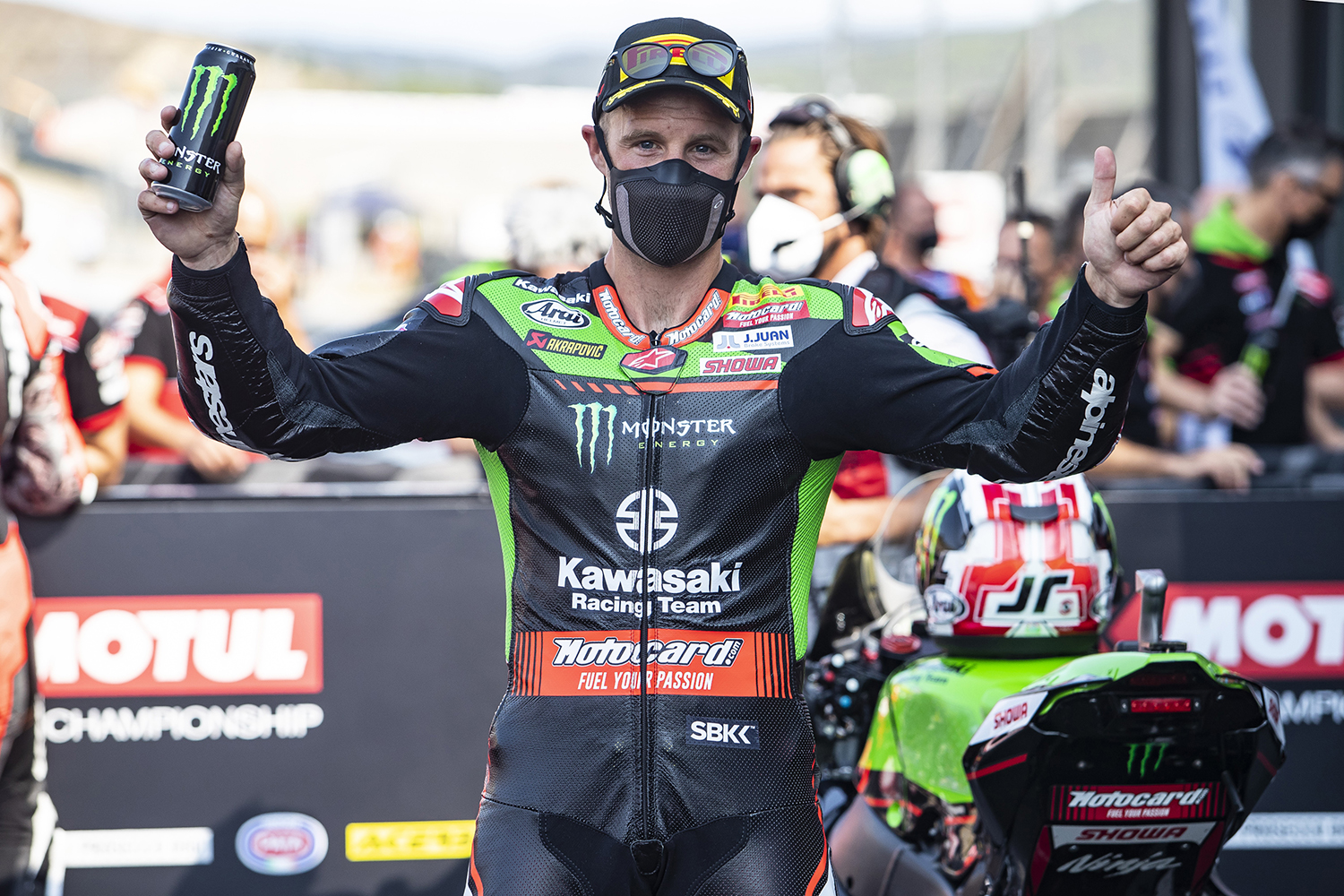 The first ever WorldSBK round at the Circuito de Navarra was a tough challenge for six-times champion Jonathan Rea but he left with a full house of podium places, after placing second and third today.  In the ten lap Tissot Superpole Race, Rea was a battling and close second, just over one second behind the race winner.

The temperatures increased for the planned 23-lap race two and Rea found himself fighting grip issues in the later stages and would end up third after riding in second place for most of what was, in reality, a 22-lap race. The start had been delayed with two riders having separate issues as the grid formed up, resulting in an extra sighting lap and one lap being removed from the race distance. The race was won by Jonathan’s main championship rival Toprak Razgatlioglu (Yamaha), with Scott Redding (Ducati) in second.

As the championship fight heats up and the mid-point of the season has been crossed over this weekend Rea and Razgatlioglu are now tied on 311 points, as joint leaders of the championship. Redding is third overall with 273 points.

The championship visits a well known venue in France for Round Eight, when Magny Cours hosts the next event between 3-5 September.

Jonathan Rea said: “I had a little bit more margin today. I felt after the Superpole race that I could really fight for it in Race Two. Toprak made a huge step, he was very fast and the rhythm was faster than yesterday. For ten laps I was fighting, fighting, fighting, and I was just waiting for his speed to drop off - but it never really did. I was losing front feeling, having a lot of front slides and it was time for me then to consolidate. I had a big moment in the last corner, when I hit an object on the track, which was just off line. That made the front bobble and I caught the slide, and then I had another slide in T13. It was one of those - a tough weekend. It wasn’t perfect for everybody, people were slipping and sliding around, but it penalised us a little bit more. That said, it was solid. I wasn’t confident coming here so to come away with what we did, and not losing too many points in the championship. It could have been much worse for us.”