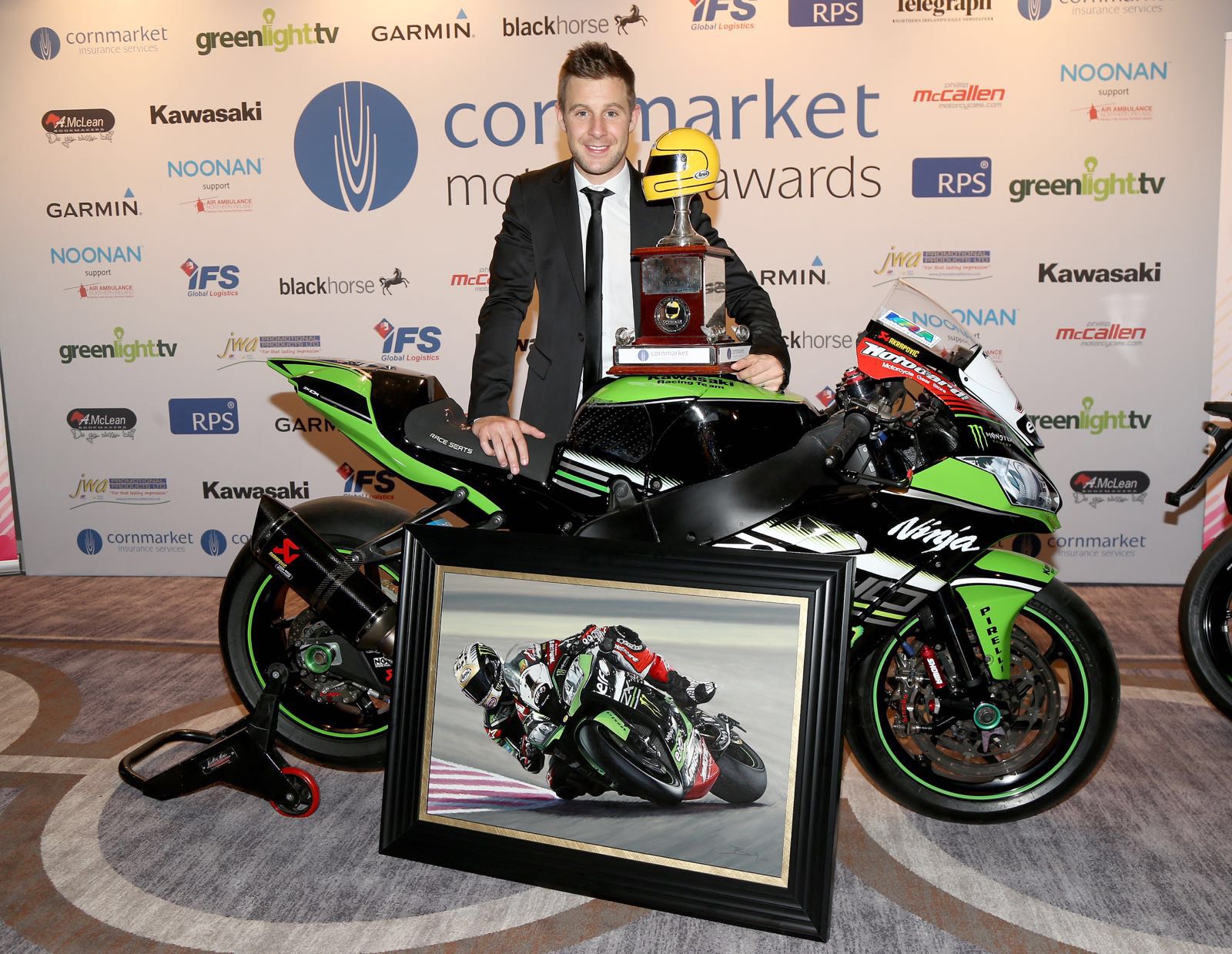 There was a double celebration for back to back FIM Superbike World Champion, Jonathan Rea at the Irish Motorcyclist of the Year Award in Belfast last night.

The iconic Joey Dunlop trophy was presented to Jonathan for the second year in a row in front of 550 guests at Belfast's Crown Plaza Hotel. The award, decided between a judging panel and a public vote is the most coveted award in Irish Motorcycling.

Rea also received the Kawasaki sponsored, Special Recognition award which was presented by Kawasaki UK general manager, Howard Dale, and sales manager, Craig Watson. The award itself was a specially commissioned painting of Jonathan during the final race of the year by renowned motorcycle artist Billyart.

Jonathan now flies back to Barcelona and next week will continue his pre season preparations and testing ahead of the first round of the FIM World Superbike Championship in Phillip Island on the 25th and 26th February.

Jonathan Rea commented:  "It was really nice to return home and receive this award in front of so many people. It truly is the most special award in Irish Motorcycling so to retain it for another year is great. It felt really special when everyone in the room stood up and I am grateful for so much support from back home in Northern Ireland. I excited to start my new season again soon and together with my team and Kawasaki we will be trying again to defend our number one plate."