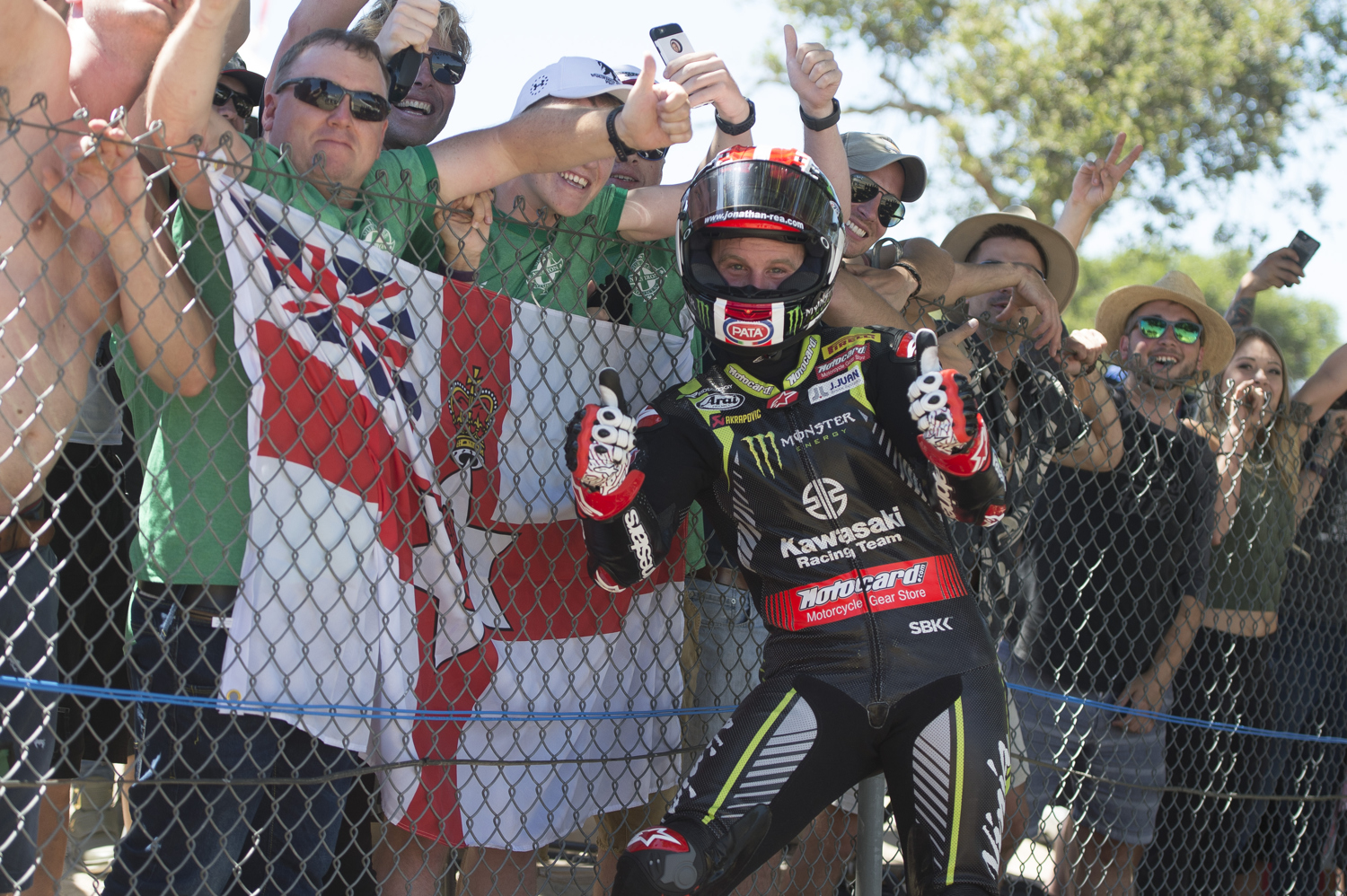 After qualifying third fastest in Superpole on Saturday morning, Jonathan Rea spent the early laps right behind Davies, before pouncing into the lead at the top of the Corkscrew on lap seven.

Rea built his lead from then on to ease out to an eventual clear advantage of 2.978 seconds after 25 intense laps, on a tricky track surface that rose to over 50°C under the hottest conditions of the weekend so far.

Rea extended his championship lead over Davies to 70 points with his latest win, with one more race to come at Laguna on Sunday the 24thof June.

Jonathan Rea, stated: “In the early laps I felt good behind Chaz, although his pace was really. I knew as soon as he made that mistake I wanted to go through, set my rhythm, and tenth-by-tenth slowly build up a lead. It was not easy, much more difficult than I expected. The front grip was dropping quite a lot at the end so I just had to ride accordingly. We have not had that issue all weekend but the temperature change today, that extra ten degrees on the track, was massive. We learned some things from the race today to be a little bit stronger tomorrow.”