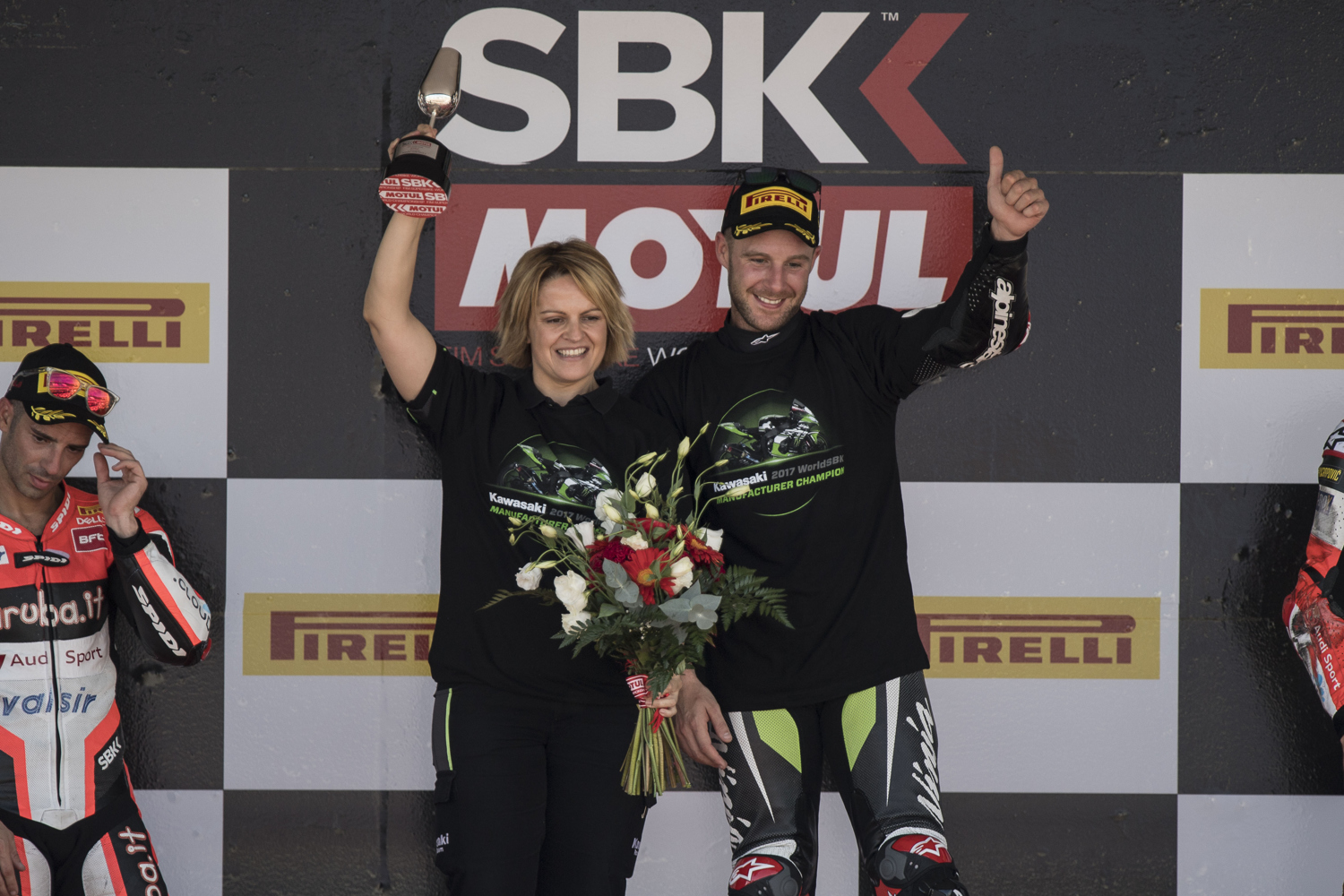 In similar circumstances to Saturday, the second race was started on schedule at 13.00 but was almost immediately halted and restarted after clash between two riders brought out a red flag. Over a reduced race duration of 19 laps, Rea was not to be denied and set a new lap record of 1’40.640, to secure his second win of the Jerez weekend.

Rea has now scored 52 race wins in his WorldSBK career, making him equal second best of all time alongside another three-time champion, Troy Bayliss. He also scored his 110th World SBK podium with his race two win, taking him one place above Carl Fogarty, and making him the third most successful WorldSBK rider in that ranking.

The final round of the season takes place under the floodlights of Losail, Qatar, with races behind held on Friday 3rd and Saturday 4th November.

Jonathan Rea, stated: “Kawasaki won the Manufacturers’ Championship today and it is not just the bike, the rider, the management, the crew chief, it is every single person inside the team and at the factory race department in Japan. Everyone has made this result and I am super-proud to be a part of it. In the race I had a really nice hash tag on my dash today for a little bit more motivation on the grid. My mechanics were building me up right before I left the grid and I knew today I had to go. I feel like I steered the bike around today. The win came from my crew chief Pere Riba because he asked me to trust him with some front geometry changes and a front tyre change. It was awesome.”