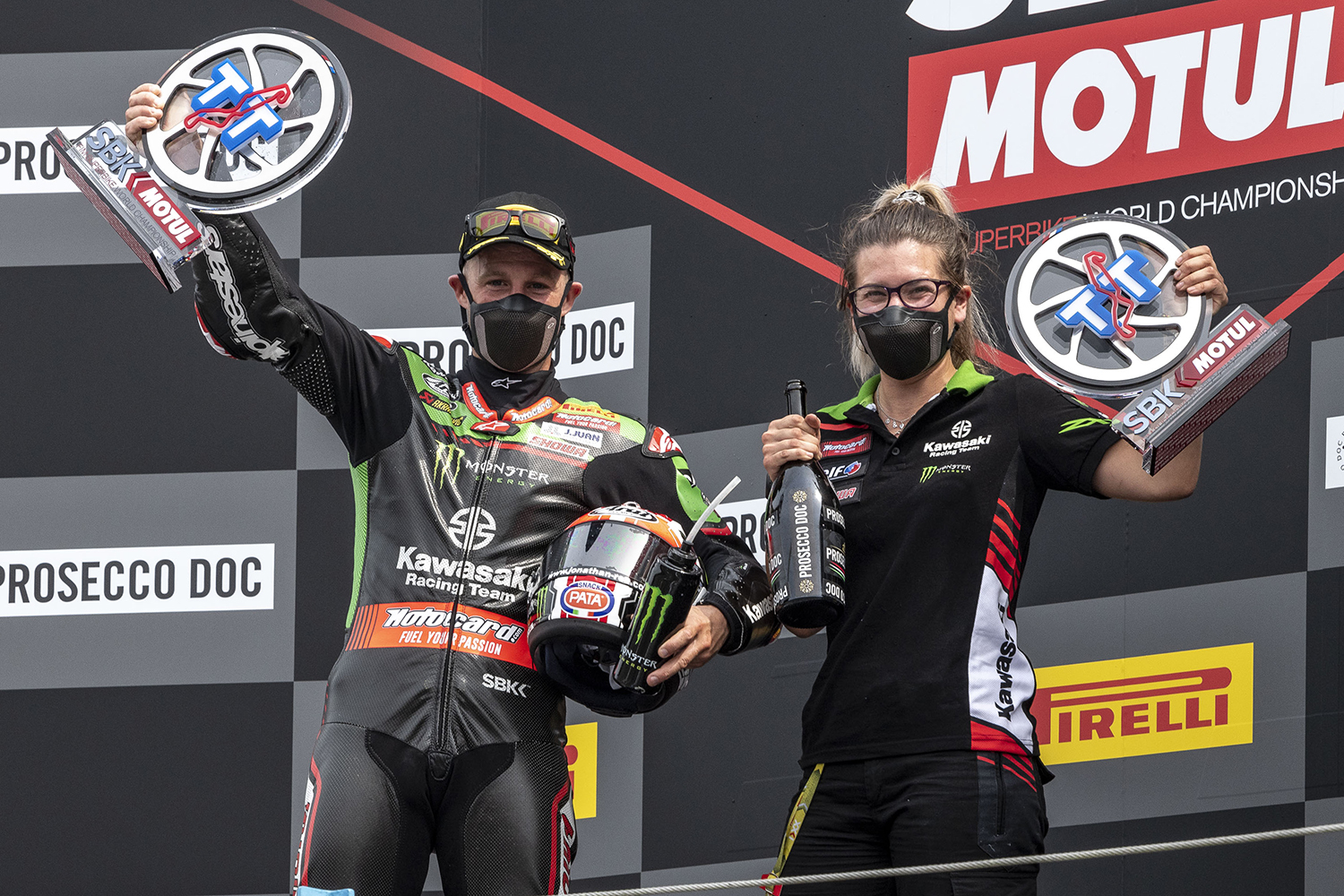 Jonathan Rea won the opening race of the Assen FIM Superbike World Championship weekend after a three way fight for supremacy in the early laps, winning out over Scott Redding (Ducati) and Toprak Razgatlioglu (Yamaha).

Rea’s latest WorldSBK win, the 105th of his career, was his 13th at Assen - a new record for the number of race victories from a single rider at any individual circuit. This was also his 90th race win for Kawasaki since he joined KRT in 2015.

The race was red flagged and halted on lap 19 of the scheduled 21, but Jonathan had already taken a three second lead by that stage and was under no close pressure from the two riders fighting it out for the final podium places.

Earlier in the day Rea had taken his fifth consecutive Tissot Superpole of the season. He had to make two attempts at securing the best lap time after finding a yellow flag at just the wrong moment while using his first qualifying tyre.

In the dry conditions that have graced Assen all weekend so far, Rea crossed the line in the lead of Race One on every lap except one, as Razgatlioglu and Redding pushed the pace alongside Jonathan to create a breakaway trio.

Jonathan used the all-new SCX front tyre option today and a development SCX rear tyre to best effect, conserving them well enough to manage his lead in the latter stages.

On Sunday 25 July the ten-lap Tissot Superpole Race will precede the final full distance race of the weekend, to be held over 21-laps and started at 14.00 local time.

Jonathan Rea, stated: “I think we won that with perseverance; I just kept going. I could see on my pit board that the gap was fluctuating to Toprak and Scott. I knew that if I let those guys get in it would be very hard to get away. When I had a clear track I had to maximise it, make no mistakes and put in a little gap. But I had to keep doing that, never settling, because they were in their own battle and pushing hard. If I relaxed they were going to catch me. I had a good rhythm and the bike was on rails. I just ran into some vibration on the rear tyre at the end so instead of keeping pushing the tyre in the critical areas, like the  fast right handers, I conserved the tyre a little bit more. Even then the gap was still increasing. It’s a really nice feeling as a rider to have that. I am looking forward to tomorrow now. In Superpole, I had a feeling that my first fast lap might have been deleted because I did see a yellow flag. When I got back to the pit box I saw my time was still there, but, to save any confusion, I put in another Q tyre and went out straight away. I tried to avoid any traffic in the latter stages of the session and I had clear track but you are also nervous sitting in the box, watching everybody else go fast!”