Rea Wins In Qatar And Secures Manufacturers’ Award For Kawasaki 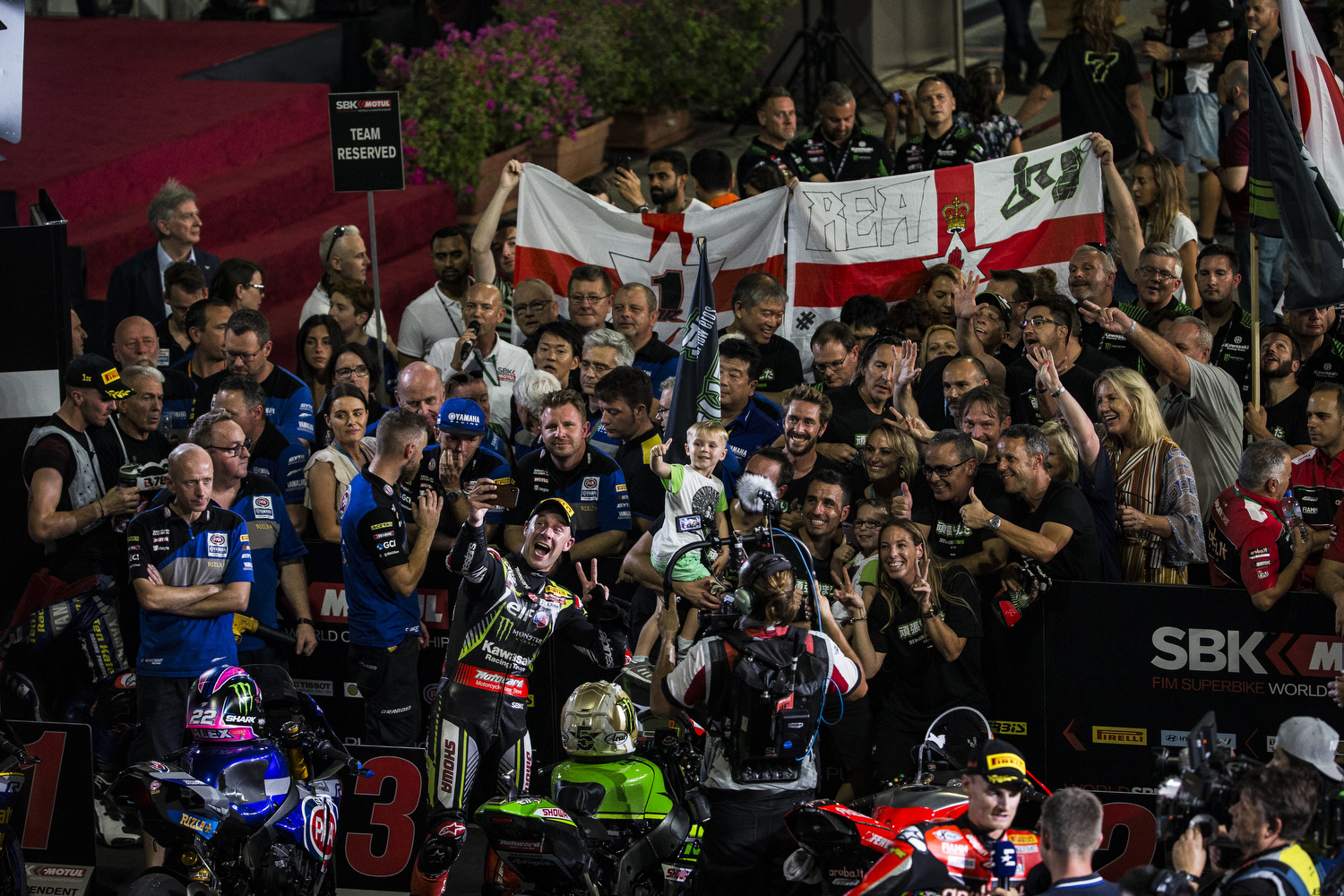 Five-time WorldSBK champion Jonathan Rea secured his 15th race win of the year and in doing so Kawasaki took an unassailable lead in the Manufacturers’ Championship standings.

In the surreal night time environment of the 5.380km long Losail International Circuit Jonathan Rea enjoyed even more success in his fifth successive championship-winning season, winning Race One after taking his seventh Superpole award of the season earlier in the day.

Starting from pole, Rea was never headed but he had Alex Lowes (Yamaha) for very close company in the early laps and then Chaz Davies (Ducati) closed in for a period during the latter stages of the 17-lap contest. The Ducati rider eventually dropped back to finish 2.732 seconds behind Jonathan at the chequered flag.

Rea’s win gave Kawasaki a 42-point advantage in the Manufacturers’ Standings, with only a maximum of 37 points left to play for on Saturday, in the Tissot-Superpole Race and Race Two.

Jonathan Rea, stated: “That was a massive target met. What a year – all the big awards. The Riders’ Championship, Superpole Award, Manufacturers’ Championship... That was the target coming here. I knew I had to finish in front of the Ducatis to win the Manufacturers’ Award today. I felt good from the start with the bike. I had such a good rhythm in Race One, it felt quite automatic, but I know I need to make a step for tomorrow because the pace could be faster with more rubber down. But that might help our situation with more rubber on the track. We just need to work in some areas on the front of the bike to finish the corner a bit better.”