Return To WorldSBK Racing For Rea and Kawasaki At Portimao. 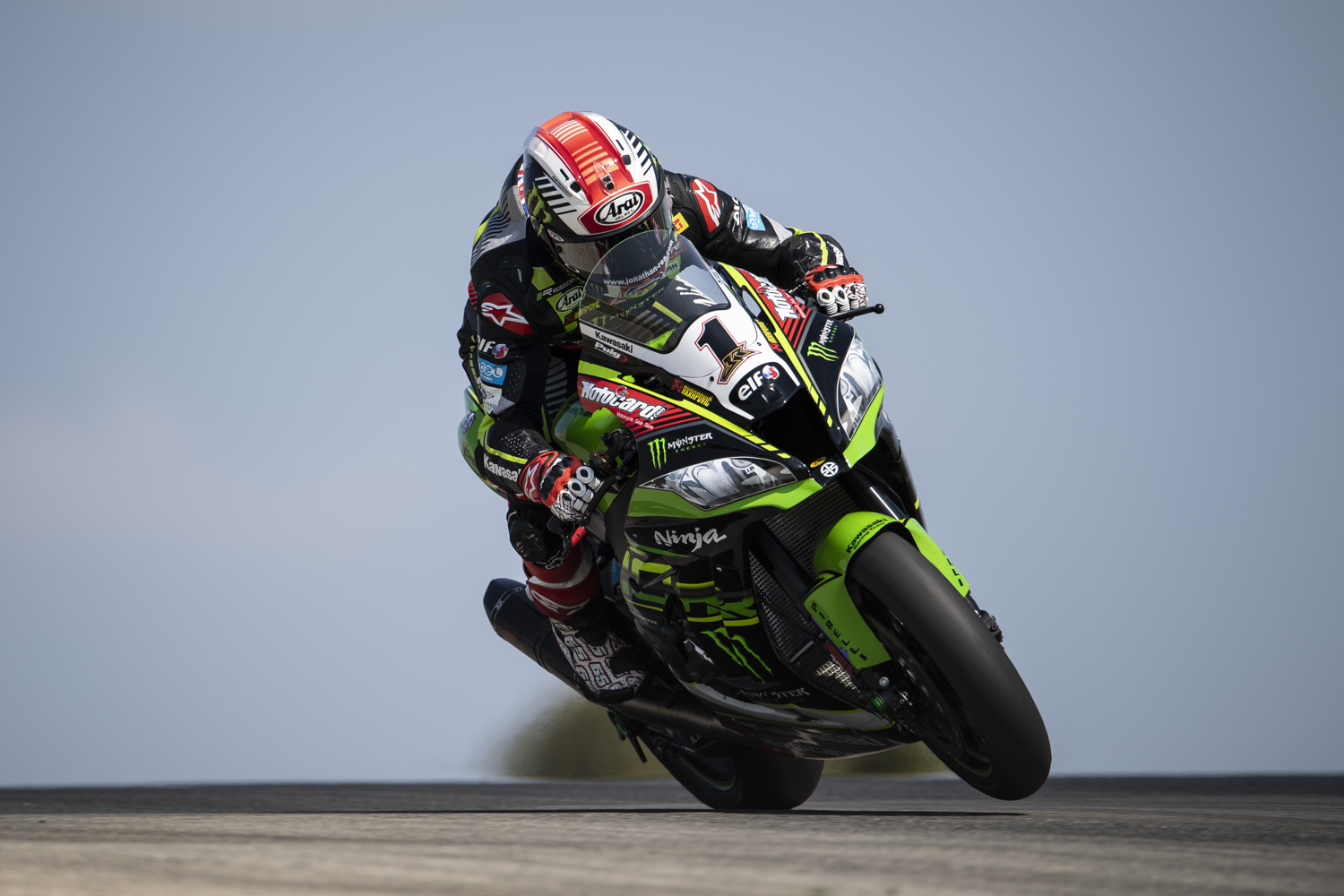 The long summer break for the 2018 FIM Superbike World Championship comes to an end this weekend when the action resumes with round 10 at the Autodromo Internacional do Algrave in Portugal.  Jonathan Rea goes into the weekend holding a 92 point advantage over his rivals as the season heads towards it’s conclusion.

Whilst WorldSBK competition has seen a particularly long hiatus, Rea himself has not been sidelined for the ten week period.  In July he partnered Leon Halsam and Kazuma Watanabe on the Team Green Kawasaki Ninja ZX-10RR, taking a podium finish at the Suzuka 8Hr race.  In August he was back on his WorldSBK Ninja ZX-10RR testing at Portimao in preparation for this weekend’s race.

The current focus for Jonathan and the KRT squad is on the final four rounds of the 2018 championship but the break also provided him with a look forward to next year. Rea took part in the recent world media launch of the 2019 Ninja ZX-10 range at Autopolis in Japan, and was able to ride the ZX-10RR road machine that will form the basis of the WorldSBK challenger he will race next year.

The upcoming race at the weekend represents a significant landmark in Rea’s career.  It is ten years since he had his debut in the Superbike class at Portimao and since then he has gone on to set an all time record of 64 WorldSBK race wins, 49 of which have been for Kawasaki, and taken three consecutive world championship titles in the last three years.

The Portimao circuit itself is a modern classic, with an intensely undulating 4.592km layout and several blind sections where track knowledge and confidence are vital.  Jonathan comes to this round with an enviable record at the Algarve circuit having won the last five Superbike races that have taken place.  He and the KRT squad can therefore afford a degree of confidence having also set the best lap times at the recent official WorldSBK test.

First free practice will start at the usual time of 09:45 (GMT +1) on Friday morning and Superpole Qualifying will begin at 10:30 on Saturday. Race times will, however, be slightly different this weekend.  Saturday’s race one will be run off at the regular 13:00 time but race two will start at 15:15 on Sunday, being the last track action of the day.

Jonathan Rea, stated: “I am very excited to go back to Portimao because it is a circuit that I really enjoy. It has been a really long summer break so the test at Portimao a few weeks ago really helped to whet my appetite to get back. We worked on a range of different chassis items and also some Pirelli tyres but the real work will start this weekend when we look to get the set-up of the Ninja ZX-10RR dialled in for the circuit conditions, and then try to do the best job we can. There is a lot of support coming from back home and I am really excited about that. The target is clear - to try and win two races.”