SECOND PLACE FOR REA AT MISANO 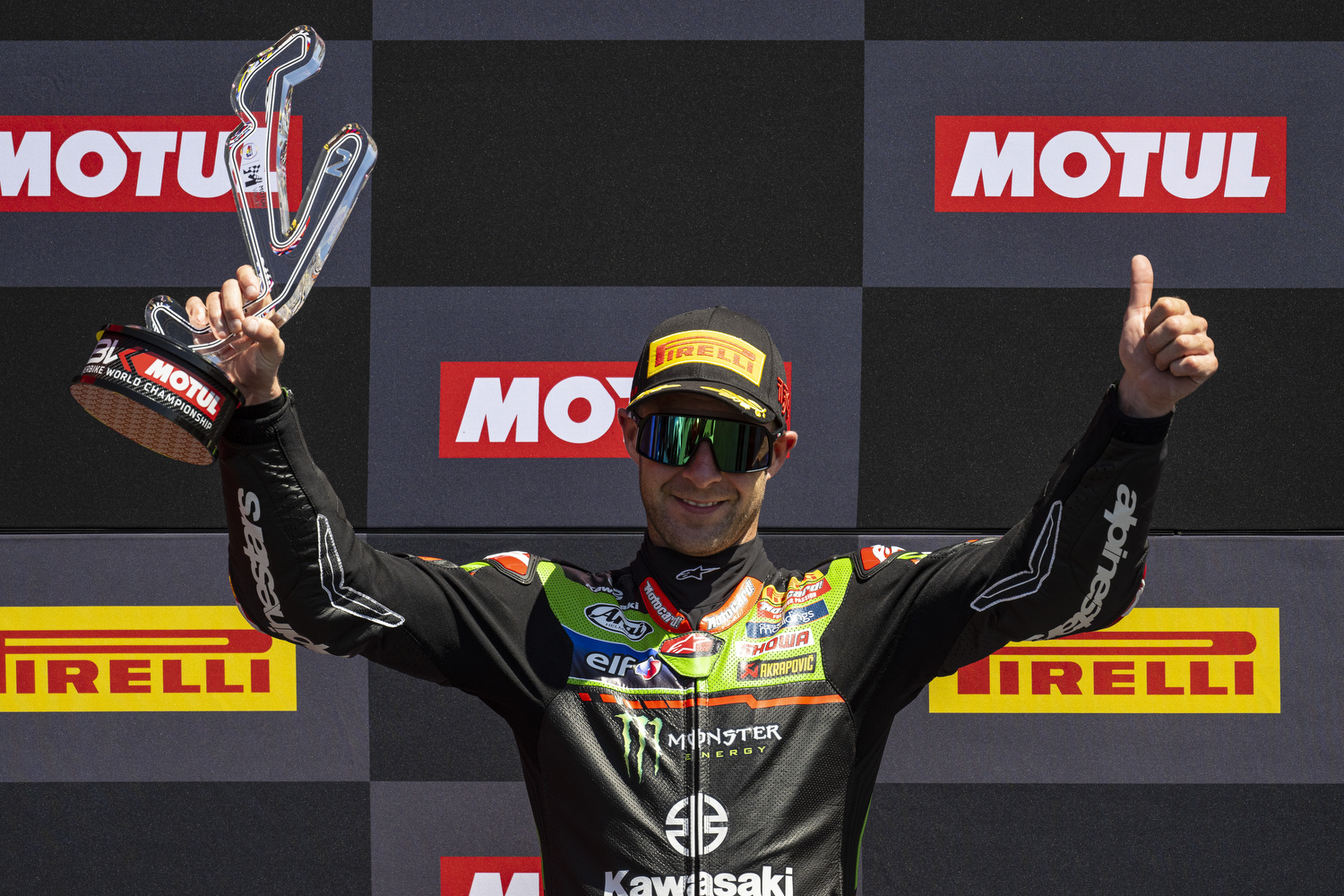 Kawasaki Racing Team WorldSBK rider Jonathan Rea scored a battling second place in the opening race of the Misano WorldSBK weekend. Alex Lowes was a strong fifth, having to fight his way back into top-five contention.

Hot ambient and track conditions arrived in earnest for the first race day of the Misano weekend, making both Superpole qualifying and Race One tough challenges for the KRT riders.

The hot track conditions played their part in the Superpole qualifying session, with Rea third fastest and his team-mate Alex Lowes fourth fastest around the 4.226km long Misano layout over a single lap. Alvaro Bautista secured the Superpole ‘win’, with Toprak Razgatlioglu second.

In the opening Misano race Rea rode determinedly to push himself up from an early third place. He passed both Bautista and Razgatlioglu on lap three and he would hold the lead for ten laps in all. The final pace of eventual race winner Alvaro Bautista gave him the win.

Lowes was dropped back after a good start, having to take avoiding action when another rider passed him. He recovered track position strongly and finished fifth; his best result in an opening race this season.

After the completion of the first day of racing Sunday will feature the ten lap Superpole ‘sprint’ race and then a second full 21 lap race - to be held at 15.15 local time, not 14.00 like Race One on Saturday.

Jonathan Rea (Kawasaki Racing Team Rider): “In the beginning I felt stronger then the other two leading riders, to be honest. I got to the front, held my rhythm, and was able to hold a similar gap. I was better in some areas of the track and Alvaro was better in some others. But just over half distance he came past in the Curvone; he just arrived as I was tipping in, so it was a bit of a shock. I went wide and had to regroup a little bit, and then struggled to get onto the back of him again. He had a higher rhythm and he was using the rear tyre a little bit better as well. I have no complaints really, as I could see he was doing some things better, so I will use that information to improve the bike set-up for tomorrow. I am happy with the 20 points but a little bit frustrated that we were not a bit closer.”