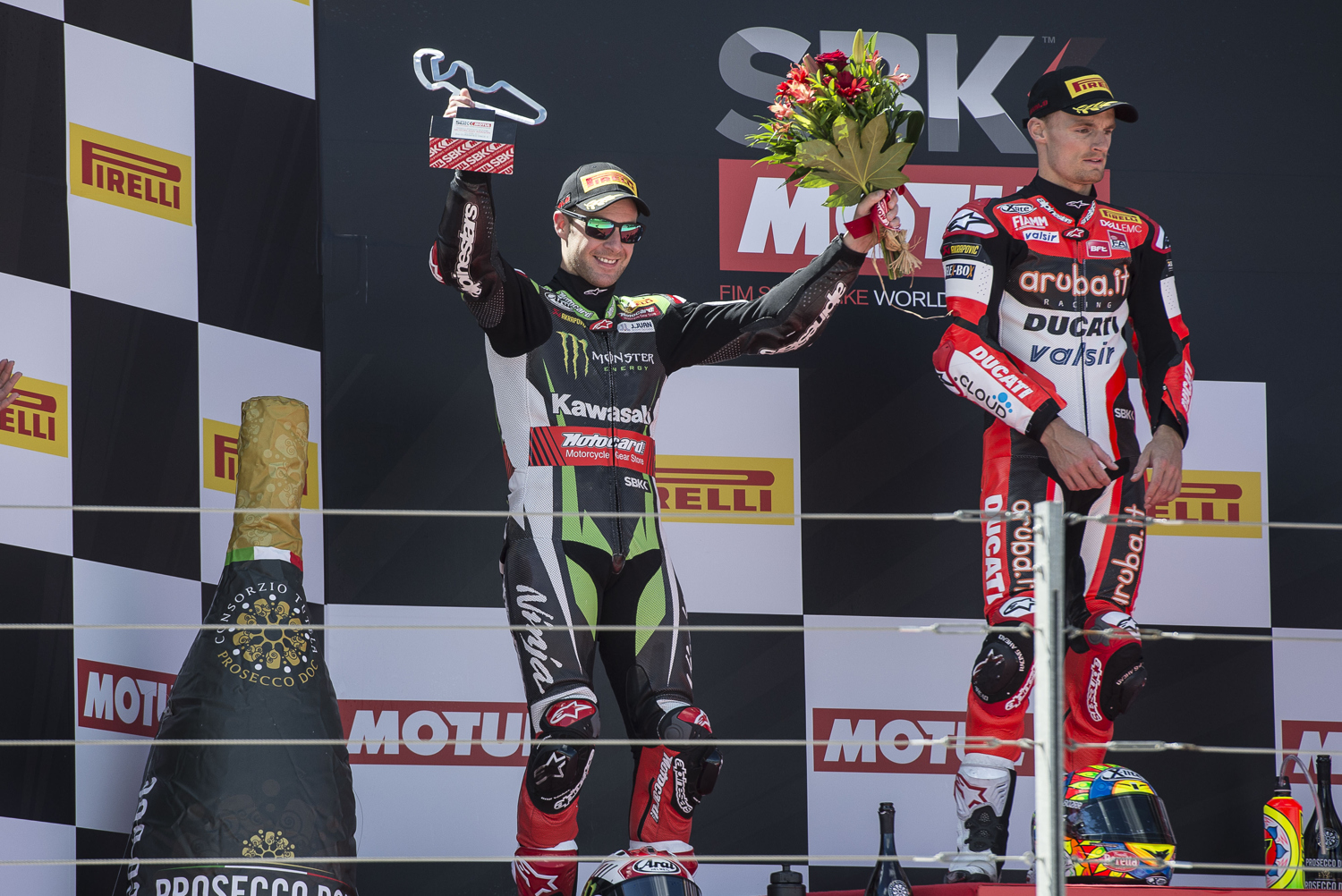 Rea started this race from ninth place on the grid under the new 2017 rules and as a result of his victory in race one yesterday.  Carving his way through the field in the opening laps he found himself at the head of the field with team-mate Tom Sykes and the Ducati pairing close behind.

On lap 13, Davies took over the lead whilst Jonathan briefly slipped behind Melandri.  However, on the last lap he was close at hand to make a move as he and Davies approached the long back straight.  Rea went inside on the first section of the last chicane but Davies came right back.  The pair almost touched but Davies had the inside line and would regain the lead, holding it through the long final corner, finishing a mere 0.483s ahead of Rea.

This second place ends Rea’s winning streak in the 2017 Championship campaign.  He had won all of the first five races so far this year but second today extends his points advantage at the head of the standings.

Testing continues at Motorland Aragon tomorrow for Rea and the Kawasaki Racing Team before a short break until the next round at Assen in the Netherlands on 29th and 30th April.

Jonathan Rea, stated: “I got to the front quite early but I could not make a break because it was so windy on the straight that the group stayed together. When Chaz came past he had a little bit more pace and I upped my own pace to try and go with him. He made a few mistakes but none that meant I could really go through clean on him and make it stick. On the last lap I just fought - fought for a win. I tried in a few places but it did not work out in the end. We can’t complain too much because on one side of the circuit we were really strong. Congratulations to Chaz because to come back from a big crash yesterday and win today was really impressive. I am really happy with the way I rode today and I got 45 points this weekend, even though I was not feeling my best. But the bike was working really well so I am looking forward to rolling to Assen now.”