Second Place For Rea In Phillip Island Race One. 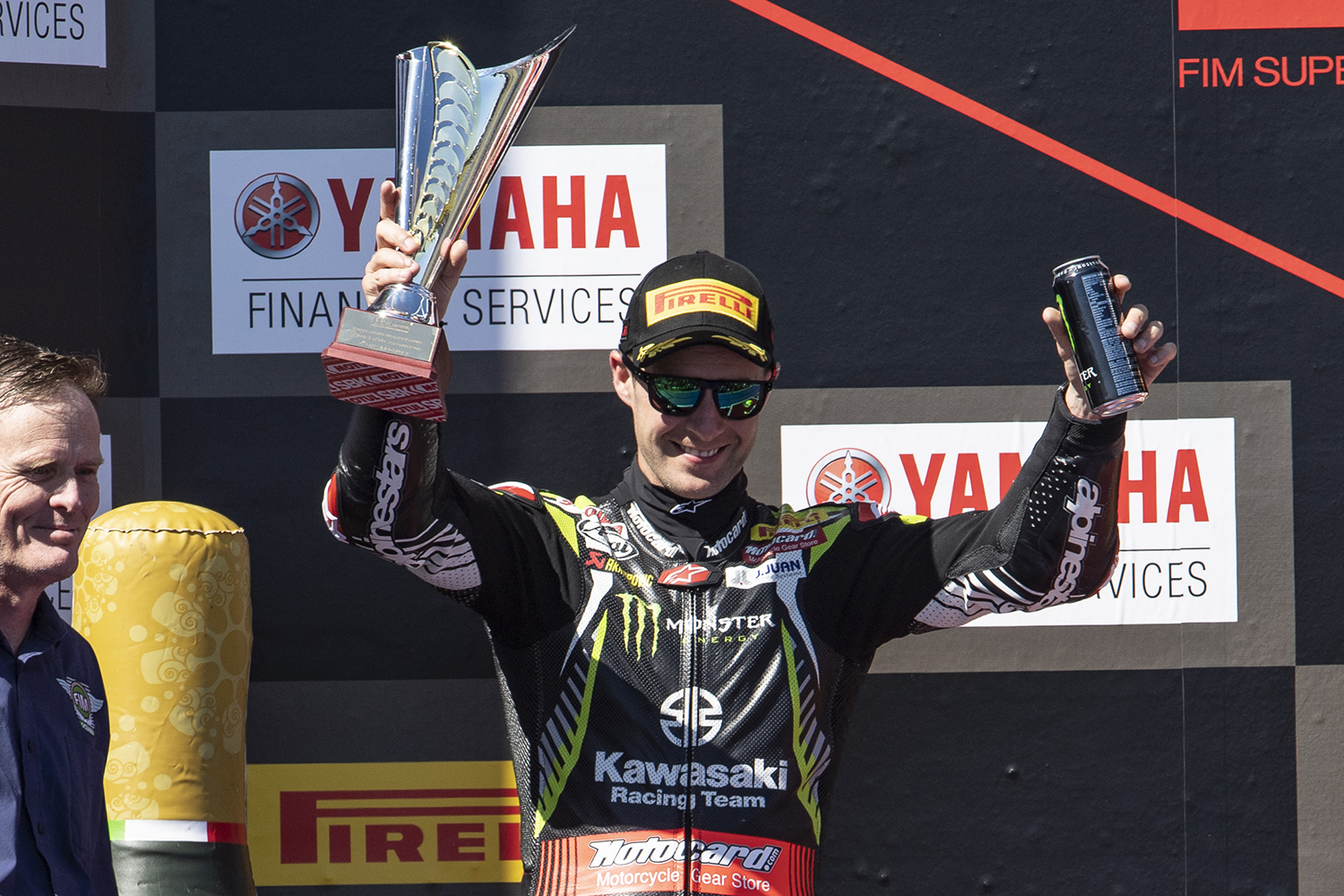 Jonathan Rea got the defence of his WorldSBK crown underway today with second place in the first race of the weekend at Phillip Island in Australia.  The race was won by Alvaro Bautista (Ducati), with Marco Melandri (Yamaha) taking third place.

It was a tough race for the four-time world champion as he tried to conserve his rear tyre for the whole race distance.  After starting from pole position, Jonathan found himself in a fight with new team-mate Leon Haslam in the early laps, with the Kawasaki duo having Alex Lowes (Yamaha) for company.  However, Haslam fell mid race and in the latter stages Jonathan kept up his pace to maintain the gap to the riders chasing behind, but in the end could not match the pace of Bautista.

On Sunday the 24thof February there will be a ten-lap ‘sprint race’, which will not only score championship points, but also determine the final 22-lap race starting grid. The third and final race of the Phillip Island weekend will take place at 15.00, local time.

Jonathan Rea, stated: “I am very happy with my race, to be honest. Looking from Monday through Tuesday at the tests, I thought the best target we could hope for was second, and in the end we achieved that. We arrived at the end of the race with a good tyre and that was the main target today. Now we have 22 laps of race data we can really understand to make some improvements tomorrow. The race today was just to conserve the tyre. The target was to ride very smoothly and arrive at the end of the race. When you see Superpole you see our real potential, in the winter tests and during the season at ‘normal’ tracks.”