Second Win At Laguna For Rea 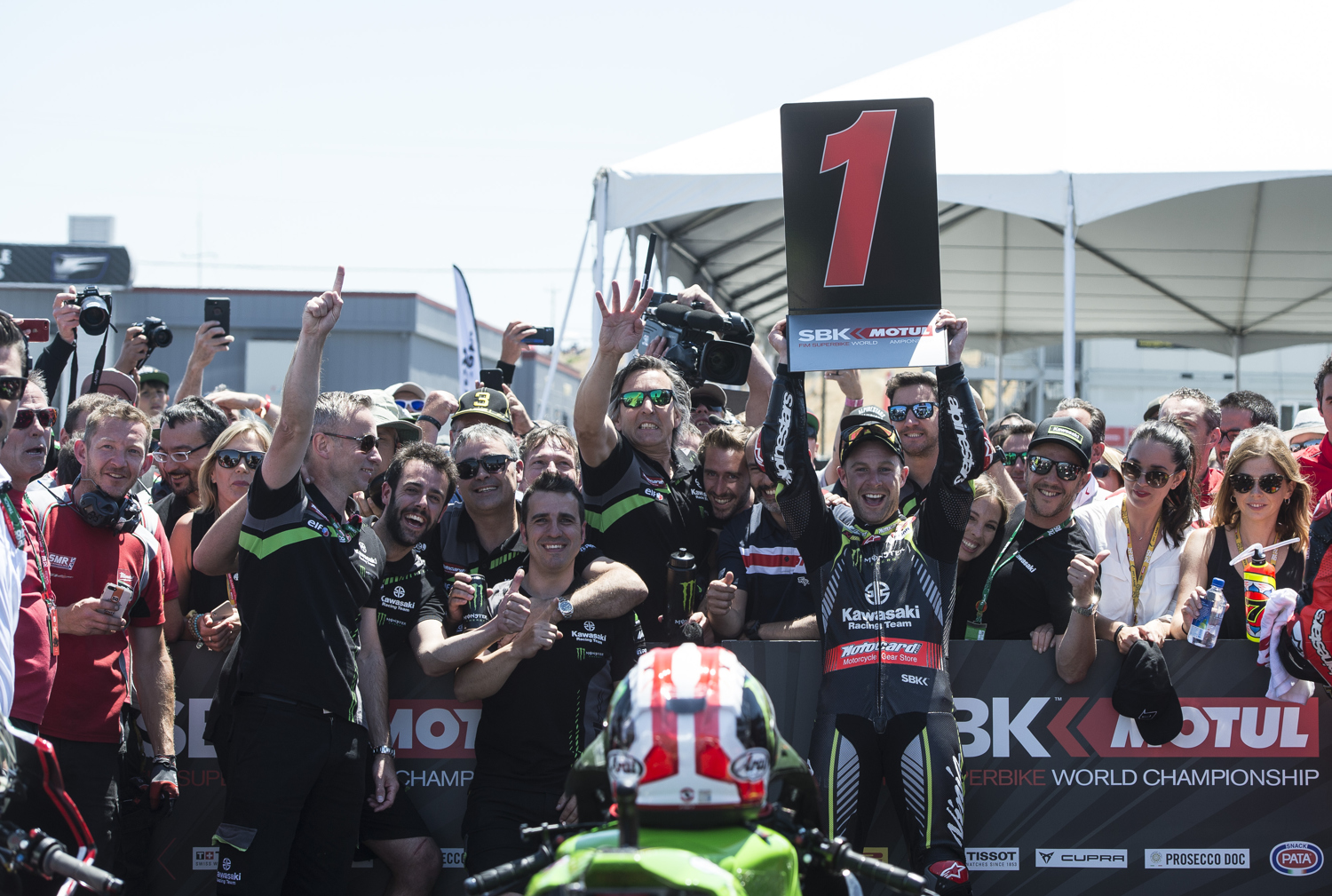 In cooler conditions than those experienced during race one on Saturday Rea, starting from the third row, got up to fifth on lap one and then into the lead by lap eight at the intense 3.610km long hillside circuit. He found a set up on his Ninja ZX-10RR that allowed him to ride with his desired natural flowing style and he ran out the clear winner. It was his eighth victory of the season, giving him a 50% winning record for the season so far. Jonathan also reached the landmark of 125 career WorldSBK podiums today.

In winning for a fourth time in his career at Laguna Seca, Rea extended his championship lead to 75 points over Chaz Davies.

Misano World Circuit Marco Simoncelli, on the Adriatic Coast of Italy, will host the next round of the FIM Superbike World Championship, between the 6th and the 8th of July.

Jonathan Rea, stated: “An incredible weekend. I expected to be strong here but I had no idea how strong. Two weekends in a row now, Brno and here, we have been the reference. Weekends like that do not happen all the time so we have to really absorb it and enjoy the moment. A double win at Laguna in the sunshine - it does not get much better. There are so many people out around the track. A massive thanks to all my crew, especially Pere because even though we won yesterday with a margin, last night he changed the bike completely and gave me some more confidence in the front. It worked a dream. It was one of those races where I could absorb what was happening, the crowd, the weather, where I was; it really was an incredible race.”