Short But Positive Test For KRT 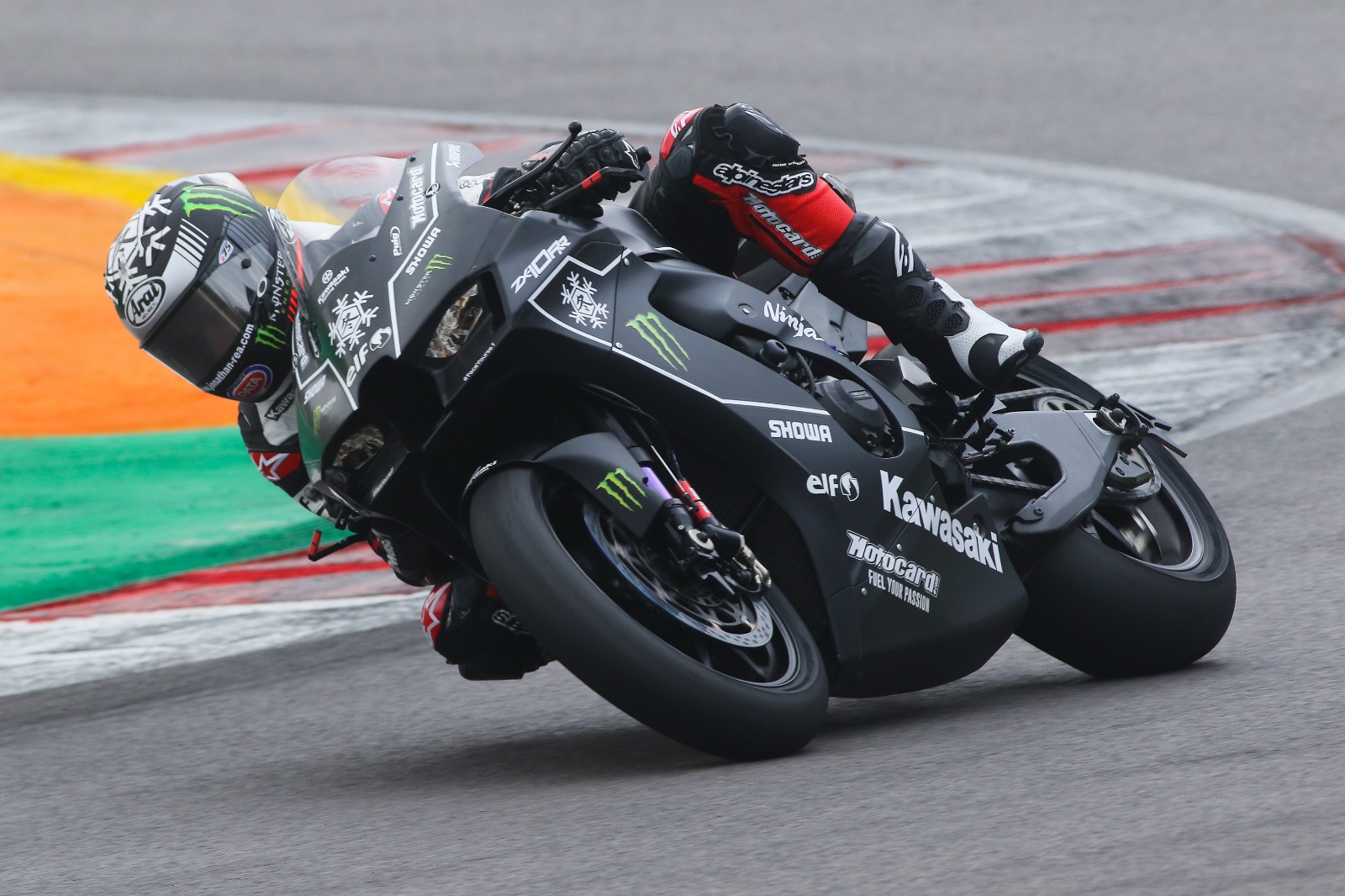 The official KRT WorldSBK squad enjoyed a brief but successful test session with Jonathan Rea and their new Ninja ZX-10RR on 4 March 2021, at Portimao in Portugal.

With the other regular KRT rider Alex Lowes not present at this test, as he works hard on his recovery after a recent training injury, Rea made the most of the available track time. A changing weather forecast saw the team decide to halt the on-track action after half a day of intense work, having completed almost 50 laps.

Having worked through the major parts of the test programme, and with a limited number of available testing days on track for all the WorldSBK teams in 2021, the proposed second day of these Portimao test was postponed. This will allow another day of testing to be scheduled at a future date.

The technical staff confirmed some important items at this undulating circuit near the Algarve coast of Portugal, as well as evaluating the new rear seat unit on the 2021 Ninja ZX-10RR. In combination with a new front fairing design, featuring internal winglets, the bodywork developments have been introduced to improve the aerodynamic package of the exciting new model, on road and track.

Rea used an SCX rear tyre to set his best lap of 1’41.472, on what is a recently resurfaced 4.592km long ribbon of tarmac at Portimao.

The team is now planning more tests, at Jerez again and Barcelona, before the start of the full championship season.

Jonathan Rea, stated: “It has been a positive test because looking at the weather forecast before we arrived we were not sure how much track time we were going to get. But we did 48 laps today. I felt good with the bike and I was immediately quite fast. The Portimao circuit did a good job of the new asphalt as well. I was able to try that out but more importantly we focused on the bike set-up and confirming some major items that we will start the season with. We played around with gearbox ratios and final gearings and worked with electronic strategies for managing the power. I feel quite comfortable with that now and we were able to achieve very good lap times. The latest seat unit arrived so we focused on the aerodynamics of the bike, getting a comfortable riding position. With the new seat unit, and the wing tunnels in the rear of it, we were able to get some really good info. We did some back-to-back testing with the old fairing and the new fairing, in addition to the new seat unit. We were able to see that the 2021 version had some extra speed in a straight line, which was quite encouraging. Now we can pack up happy and healthy and move on.”