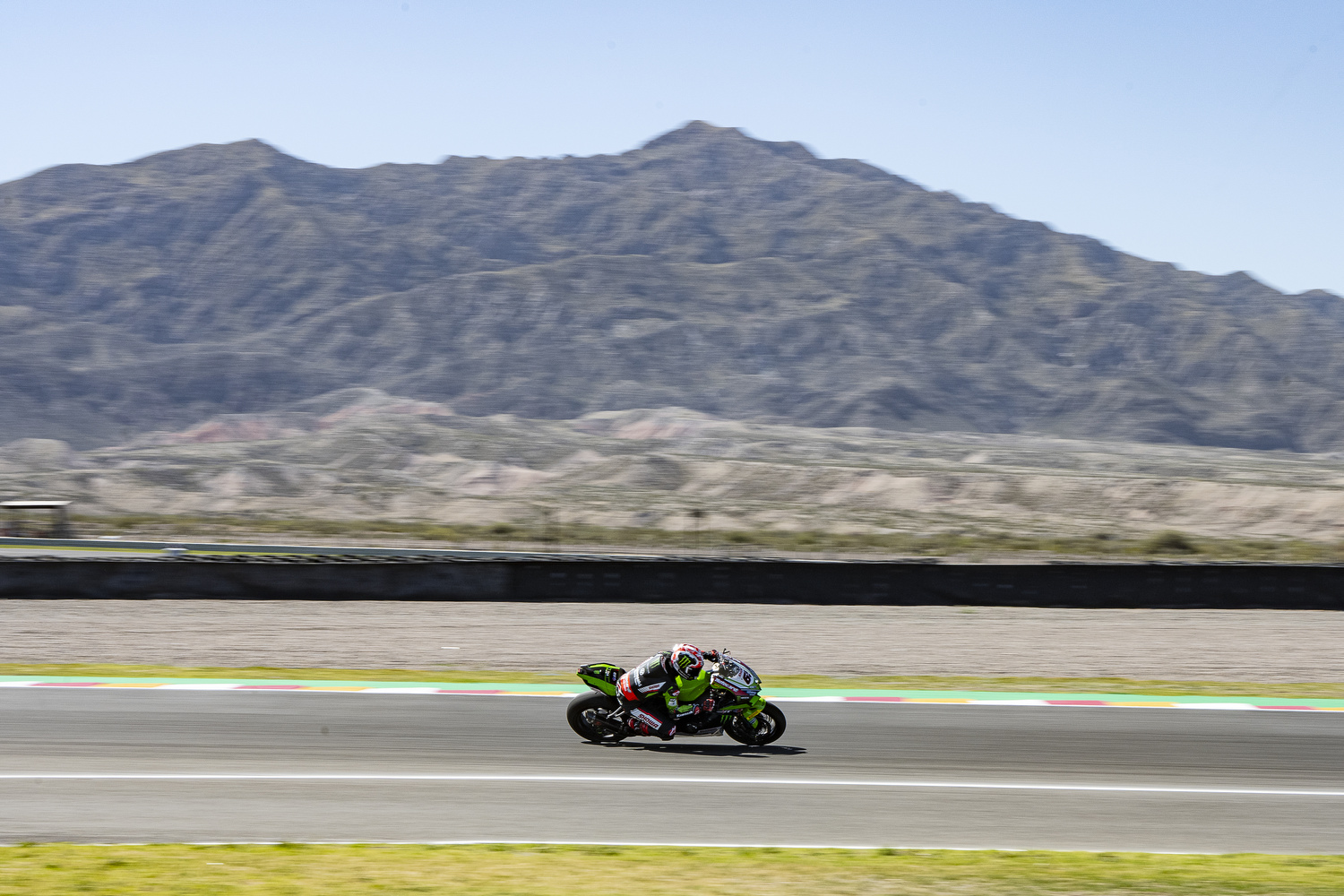 The first day of action at Circuito San Juan Villicum, for round ten of the 2022 FIM Superbike World Championship, saw Jonathan Rea finish second on the combined timesheets.

The first ‘flyaway’ race weekend of this season got underway beneath a strong Argentinian sun, with track temperatures in the afternoon’s Free Practice two rising to over 50°C.

Rea was pleasantly surprised that the track surface at Villicum offered good grip even from the first session. Fast lap times were set very early in the opening session by the top riders.

There was a significant ten degree rise in track temperatures between FP1 and FP2, which meant that some riders improved their best times but others were not able to as the track’s grip characteristics changed and the wind strengthened.

Rea finished FP2 as the fastest rider in the afternoon heat and increasing wind. That put him second overall in the Friday combined times.

Jonathan has a few items to check on the set-up of his Ninja ZX-10RR in FP3 tomorrow morning before Tissot-Superpole qualifying. The 21-lap WorldSBK Race One will start at 15.00 (GMT -3).

Jonathan Rea said: “A positive day. I got off to a decent rhythm straight away and I felt OK with the bike. The grip level surprised us because we never know what we are going to find at this track because it does not get a lot of use. We used the same tyre all the way in FP1 and I did my fastest lap at the end, which was nice. It seems like tyre consumption is not going to be an issue this weekend, even in the heat. In the afternoon we could be quite strong. My rhythm was OK with the SCX rear tyre and I think I have got my front tyre choice figured out for tomorrow. Just a few issues to iron out now to maximise acceleration.”