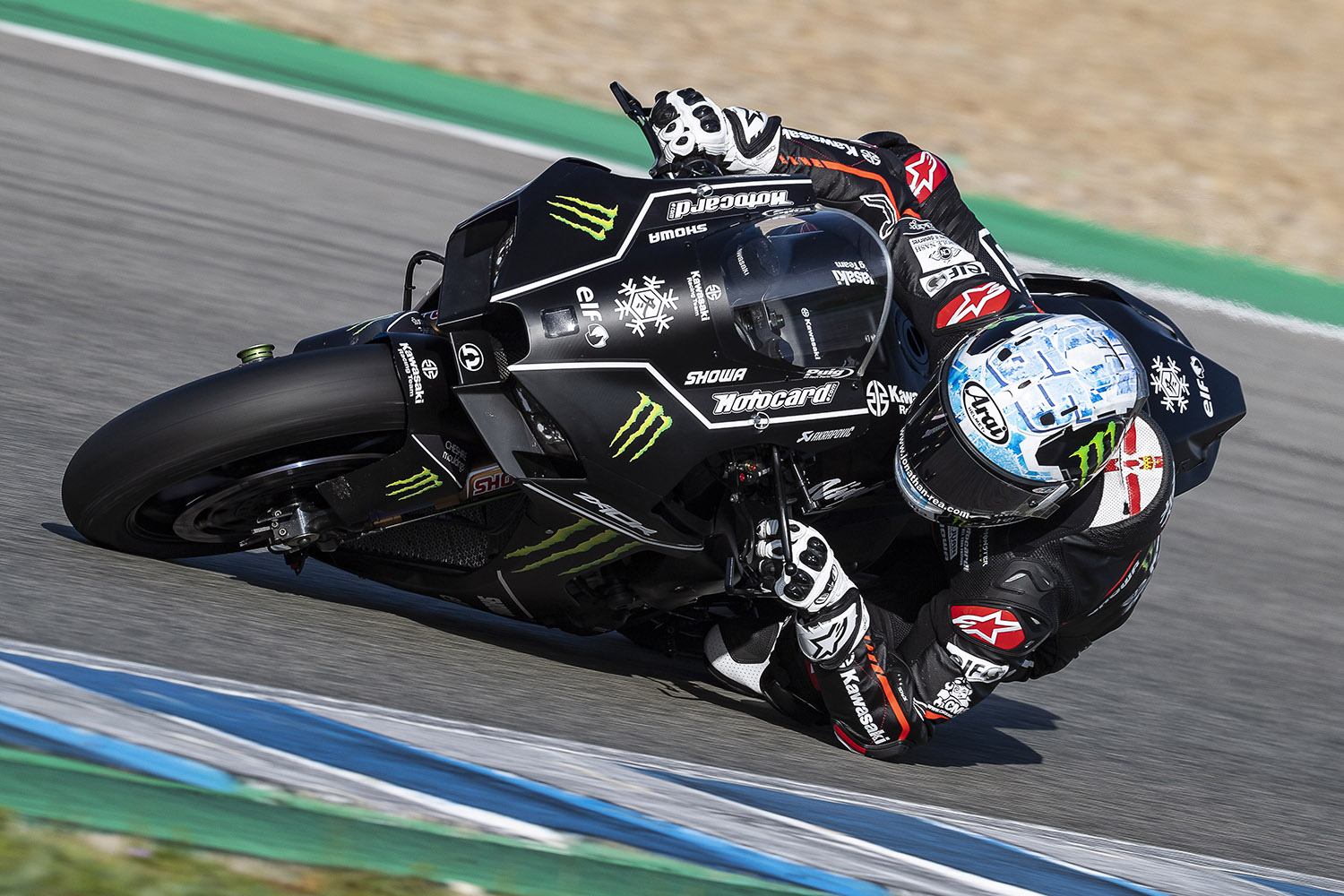 Jonathan Rea completed the latest winter test at Jerez in successful fashion today, leaving the 4.423km long circuit with the fastest time of all.

Jonathan did not ride on day one of the tests, nor the second morning, but used the final afternoon to reconfirm some set-up items. He also tried out some new Pirelli tyres and completed a confidence-boosting long run.

Despite his busy schedule Rea still set a blistering time of 1’38.851 on the 57th lap of the 61 he set in just four hours of track action.

Dry weather conditions helped the KRT staff in their testing work; with just periods of wind to contend with under sunny skies in the extreme south west of Spain.

The next KRT pre-season test will take place at the Autodromo Internacional do Algarve, in Portugal, between 8 - 9 February.

Jonathan Rea said “Times and positions don’t really matter at this time of the year but it was really nice to get back on the bike. I had felt OK on the bike, and very fast, in the December test. But physically I was not so good after a lot of holiday time in the off-season.. But after starting my winter training programme with my coach before Christmas I felt much better with the bike. Already we did a race simulation. Because we have some new items on the bike we need to test them with a long run. I was reluctant to do that but when we concluded I felt quite positive. We tested some chassis items here and Pirelli brought a new variation of tyre to try. We had some new electronic items as well. Now we need to re-test again at another track. We will be back in Portimao at the beginning of February. I am excited to go there and see how the 2022 version of our Ninja ZX-10RR works there.”