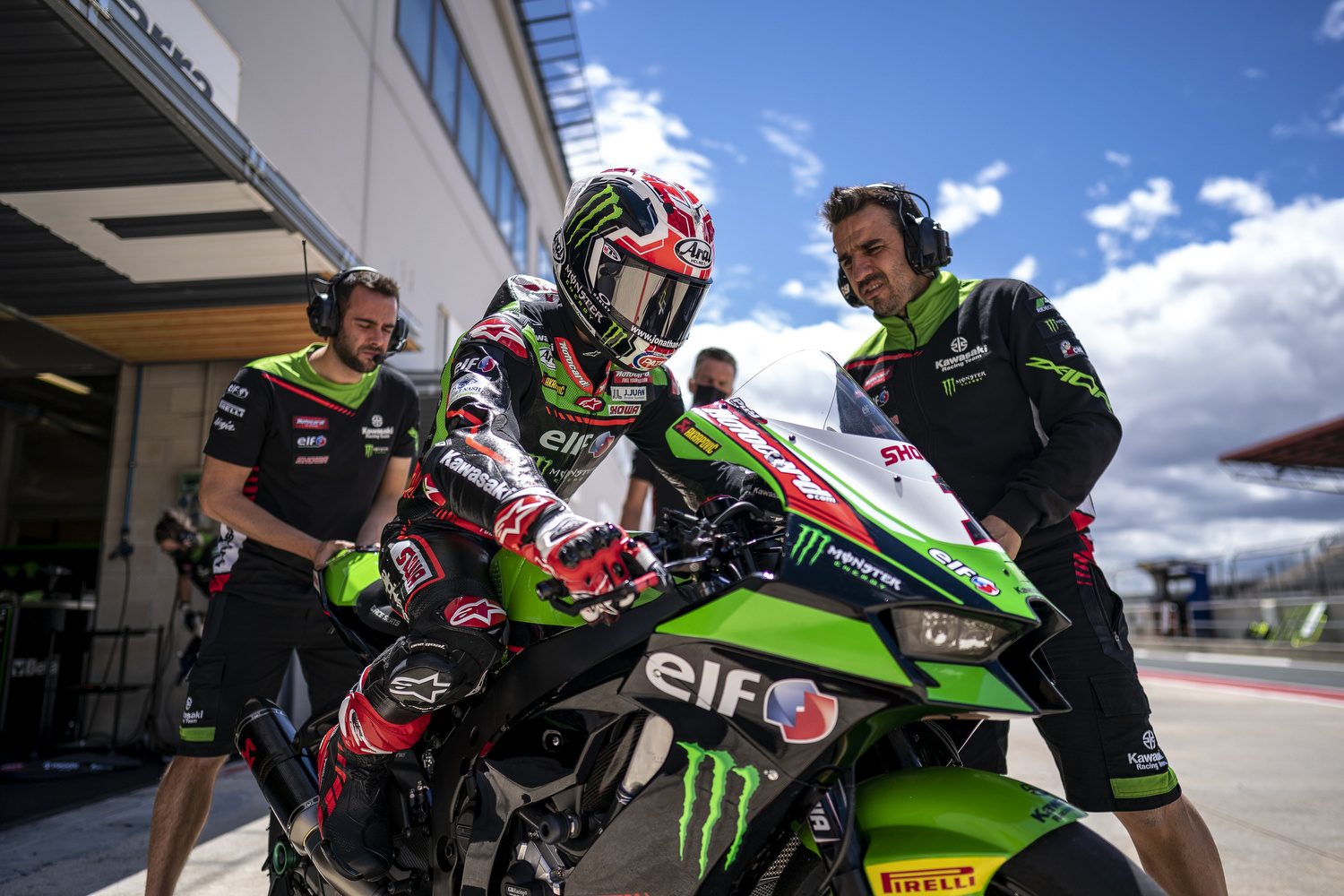 Jonathan Rea got his first taste of Circuito de Navarra over the last two days as Kawasaki Racing Team undertook a two day test at the circuit. Jonathan and the team had to control their time on track to preserve some of the limited number of testing days in 2021 but the six-time world champion was satisfied with the progress made.

The 2021 FIM World Superbike Championship will visit the Navarra circuit on the weekend of August 20-22, for round seven of the current season. It will be the first time that the WorldSBK series has raced at this venue, situated 60km south west of Pamplona in northern Spain.

Rather than pushing for a fast time at this particular test, Rea concentrated on making sure both he and his Ninja ZX-10RR would arrive at Navarra for the race weekend in August, ready to put in the best performance possible.

In his first experience of this relatively new circuit in Spain, Rea found it technically challenging in some sectors and after the first day he changed his riding approach and found benefits on a track neither he nor the team had any data for until this test.

In the overall timesheets after day two Rea was third quickest with a best lap time of 1’36.970, putting him just 0.093 seconds from the fastest time.

The next round of FIM Superbike World Championship, round four, will take place at Donington Park in the UK, between 2-4 July. It is the first home race for Jonathan in two years, after the cancellation of the planned 2020 Donington event.

Jonathan Rea said: “It has been a really positive two days. I learned the circuit and it is a very difficult circuit to go fast at, to be fair. It has lots of little intricacies and challenges. From a technical point of view it is very challenging. I enjoyed working it out. On day one I learned the track quite quickly but I wasn’t comfortable to keep pushing the bike. On day two I woke up after sleeping on all my feelings and the data we gathered on day one, and I was able to be quite fast straight away. I carried that rhythm through. We found a lot of valuable information that will be good for race weekend and it will definitely allow us to make a shortcut in our set-up time when we start out in free practice one. This track has some mixtures of everything. Some super-fast corners but also some very tight and twisty sections in sectors two and three. The race is going to be a nice one. The main priority here was to learn and I am looking forward to Donington now for our next race weekend.”