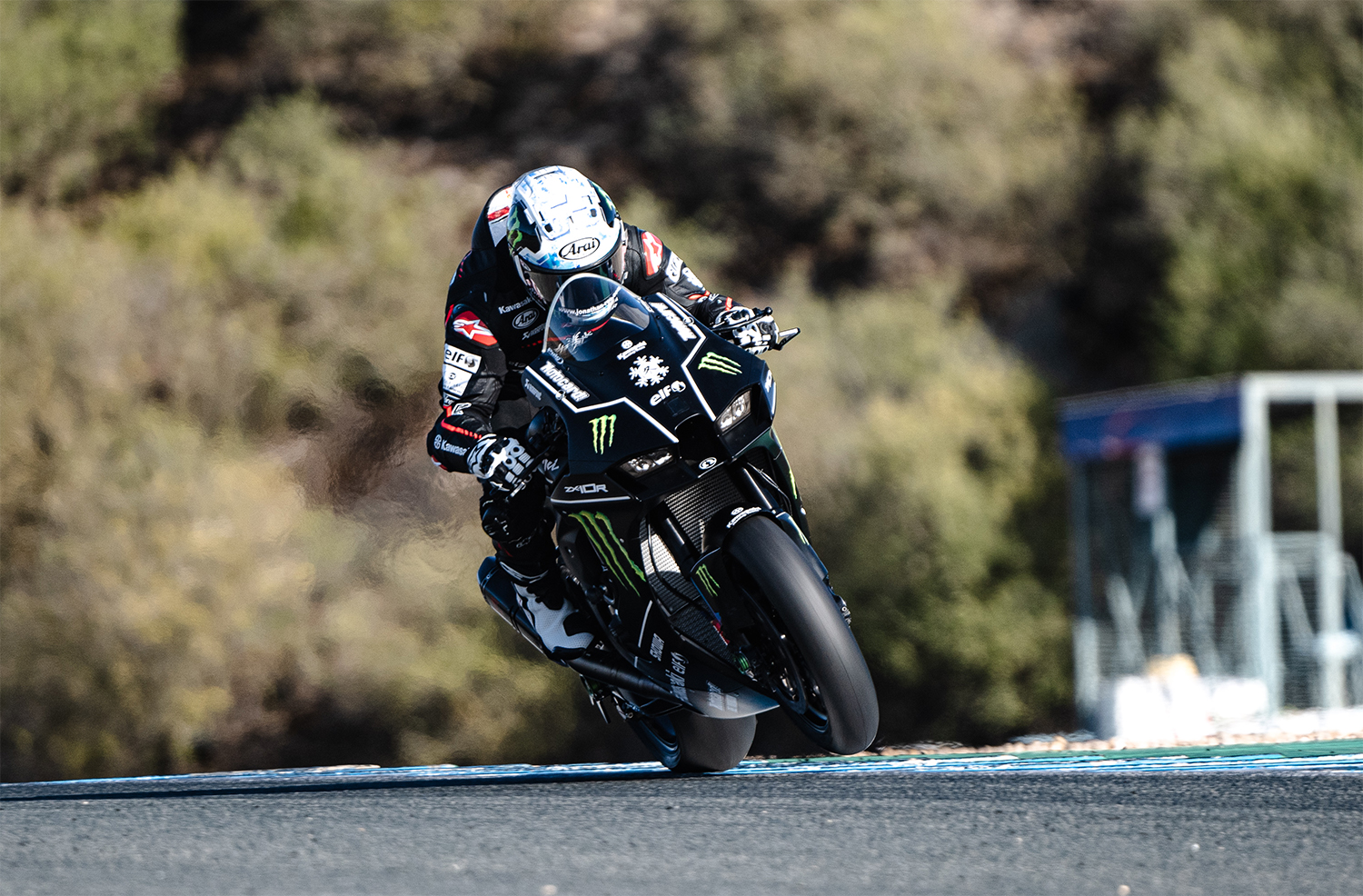 Jonathan Rea and Kawasaki Racing Team riders rounded out the 2021 WorldSBK season with a positive two days of testing at Jerez in Spain on Friday 17 December.

Weather conditions were very kind at the popular 4.423km long Circuito de Jerez Angel Nieto where the KRT squad tested on Wednesday 15 and Friday 17 December, with the teams technical staff evaluating the first days testing on Thursday. Jonathan and the team tested several new components and settings on the Kawasaki Ninja ZX-10RR race machines to allow the KMC and KRT technical staff to work over the winter break on improving real race performance for the new season which starts in early April 2022.

The target of the test was to find overall improvements in the performance of the Ninja ZX-10RR on race tyres and despite focusing on this Rea was able to set impressive times on Friday after the team had made changes to the machine’s overall spec and set-up.

There will now be a short winter break from track action for the team, with the next scheduled test taking place at Jerez once more, in late January.

Jonathan Rea (Kawasaki Racing Team Rider): “It has been a really fun two days riding. We structured the test to ride on day one, then have a day off to let the mechanics work on the bike. We got going again on day three. We found out a lot of good information and I am really happy with the team, Showa and KMC for their continued hard work in bringing new parts to test. I had a lot of fun on the bike and we managed to get through everything we had on the list at this test. Now is the important time because we will act on our findings and try to improve and re-evaluate some items again in January. The weather was great at Jerez, quite consistent, and we got a lot of valuable track time in. To be honest, this test was quite challenging mentally because I did a lot of work and I had been off the bike for quite some time. I’m really looking forward to going home now and spending Christmas with my family and just having some downtime. I want to recharge now before I get stuck into my winter training again and look forward to the next test in January.”