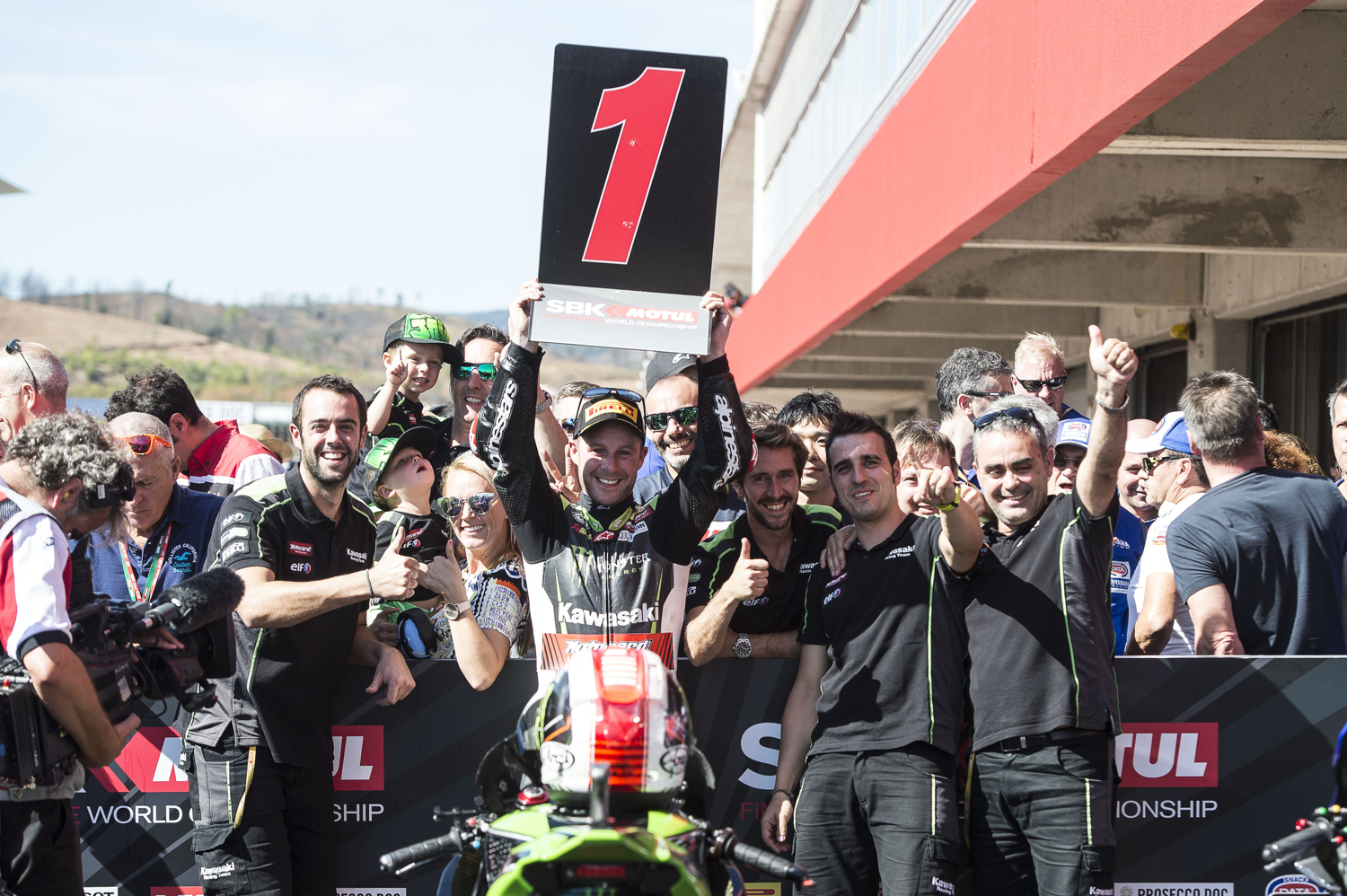 Kawasaki team-mate, and main title rival, Tom Sykes had to sit out the races this weekend after injuring himself in a crash on Saturday morning.  Jonathan’s other rival for the crown, Chaz Davies (Ducati), crashed out of today’s race in the closing stages leaving Rea with a 120 point lead in the standings over Sykes and 135 over Davies.

Jonathan now has 11 wins for the season and 49 race wins over his entire WorldSBK career making him the third most successful rider in the history of the class. The record sits at 59 wins, set by the legendary Carl Fogarty.  It is also his 34th win for Kawasaki, becoming the company’s all-time WorldSBK race winner.

Kawasaki scored a full house of wins in every class this weekend – with Rea’s double in WorldSBK, Kenan Sofuoglu in WorldSSP, Toprak Razgatlioglu in STK1000 and Ana Carrasco in WorldSSP300.

The championship now moves on to Magny Cours in France, between 29th September and 1st October before completing the season in Jerez and Qatar at the end of October and the beginning of November.

Jonathan Rea, stated: “I am really happy to win and aside from one little issue it was plain sailing. I made some tough passes in the first laps to get my track position and as soon as I hit the front I made my rhythm and went away. We had a completely different bike set-up today. I had a lot of feedback from the bike and I was able to ride in my own rhythm but with seven or eight laps to go I had a drop in power in second gear. But as the laps were ticking down I could see that the gap was staying constant, and then I saw Chaz went out and I had some breathing space. We have had our bad luck this year in Donington. The championship lead is massive now and we can go to Magny Cours thinking about trying to win it in France. If we have a solid enough weekend in Magny Cours we can get it done. I said to Pere before the race today that because Kawasaki had won every race at Portimao there was big pressure now. He said that there was no pressure as we had done all the jobs, and I should go out and do what I had to do. I visited the podium in every single race at Portimao to say congratulations to the Kawasaki riders. The most impressive was Ana Carrasco. I have never seen an atmosphere like it and our pit box was like a football match. All the KRT team were up there at the podium, so it was cool to see.”