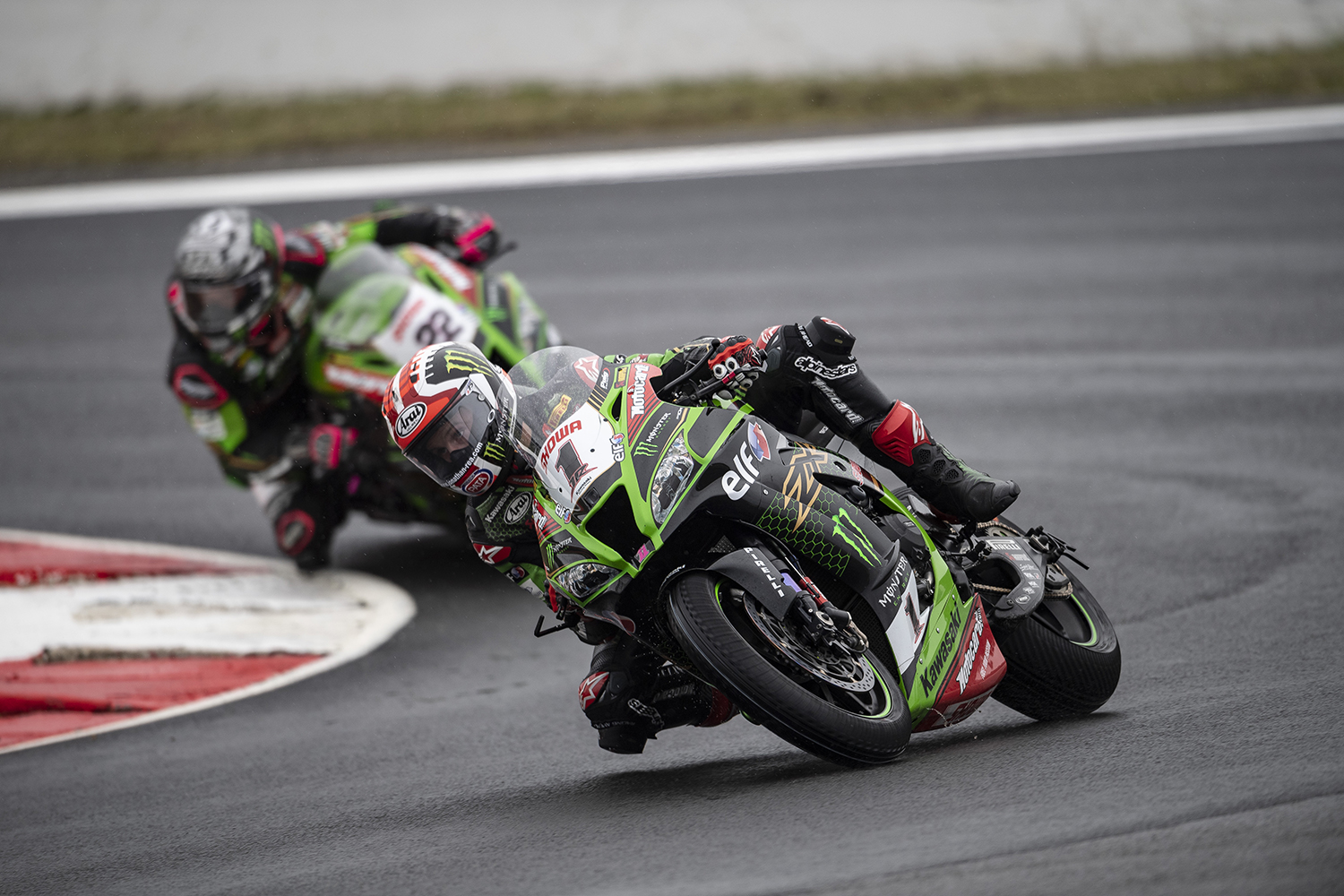 Jonathan Rea won the ten-lap Tissot-Superpole race at Magny Cours today but just missed out on securing the 2020 WorldSBK championship title itself after finishing fourth in the final 21-lap race.

In the Tissot-Superpole race, held in cool and wet conditions, KRT recorded a 1-2 finish, with Rea winning his 99th race across his entire WorldSBK career after what was his 300th race start in this category of racing.

The second full distance race of the penultimate round of the 2020 season was eventually held in damp but not heavily wet conditions, which played a part in not allowing early race leader Rea to continue his run of Magny Cours race wins and take another perfect hat-trick – which he achieved at Portimao earlier this season.

With his only championship rival Scott Redding (Ducati) out front in race two, third place would still have been enough to give Jonathan a sixth consecutive title with Kawasaki. After his old championship rival Chaz Davies (Ducati) passed him for the final podium place, Rea finished fourth and will go to the final round in a commanding championship position.

Now Jonathan needs just three points across three races at the final round to win the title.

The final round of the 2020 championship will take place at Estoril in Portugal, between 16 and 18 October.

Jonathan Rea said: “Having started 300 races in WorldSBK makes me feel a little bit old, but it was a nice Superpole race because Alex was keeping me very honest. The gap was very stable and I had to concentrate to the max. We made a small set-up change from yesterday and I felt it really helped me, especially in the final laps with tyre drop. In race two, with the weather conditions at Magny Cours, you have to expect the unexpected and we saw all weekend that when there was not a lot of surface water, we were struggling. In morning warm-up and in the Superpole session, for example - especially with traction in the exit of the corner. I was losing too much on the exit of T5. But the bike set-up was pretty good in the chicanes and all the places where you had to be aggressive with the bike. It was pretty good but just this stop-and-go corner, on the exit, I had too much TC working and too much spinning. It was a really fun race because the bike was moving a lot and I was riding on the limit, but unfortunately not to the podium place that was the target.”