Tenth Win Of The Season For Rea At Portimao 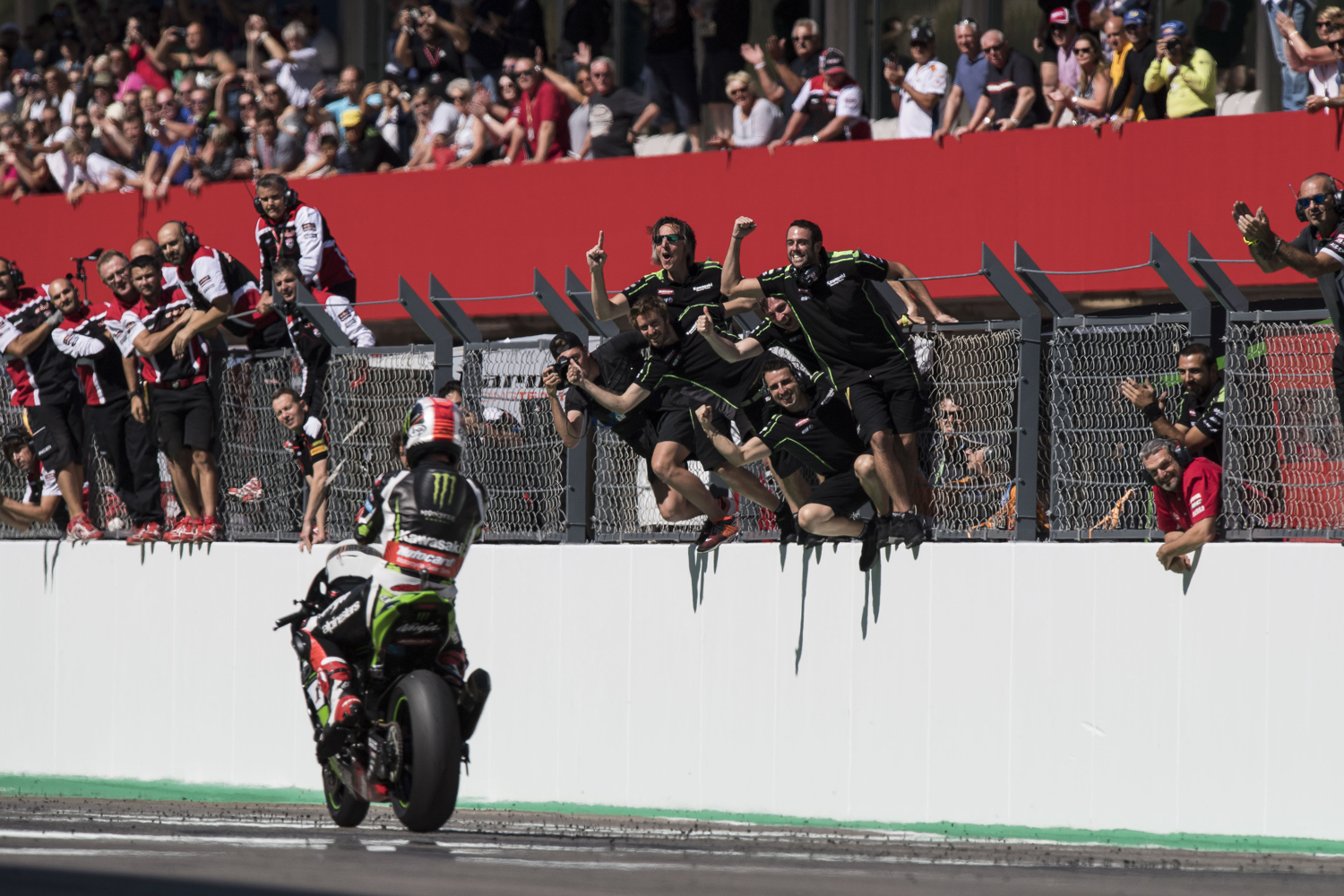 WorldSBK championship leader Jonathan Rea secured a high quality win in the opening race of round ten of the 2017 FIM Superbike World Championship at Portimao today.  Starting from pole position Jonathan led from start to finish and in doing so took his total of 2017 season race victories to ten.

The Ducati pairing of Chaz Davies and Marco Melandri finished second and third respectively.  Rea’s team-mate Tom Sykes was unable to start the race after suffering a left little finger injury in FP3 this morning.

Such was Rea’s early pace from pole that he was over two seconds faster than the rest after just one lap of the 4.592km circuit, and he eased out his lead to win by over six seconds.

His best lap was a 1’42.937, set on lap two, with no other rider in the field able to get into the 1’42 bracket at the bumpy and undulating Portuguese track. Rea’s pace was particularly impressive given his favoured tyre option was withdrawn from the allocation for race use today. He and his crew had done most of their set-up work to this point with that one particular rear tyre.

Jonathan’s latest win puts him 95 points ahead of Sykes in the standings.  Davies is a further 15 points behind in third with one more 20-lap race scheduled for 15.00 at Portimao tomorrow, Sunday 17th September.

Jonathan Rea, stated: “To take ten wins is great and that is one more than I had last year. I could not quite believe my opening lap. When our bike had full grip it seemed to be on rails but when the grip dropped a little bit I had to compensate with my riding style, and change how I was braking and tipping into the corners. We are 20 laps wiser with the new tyre we used today so we need to work a little bit with that. It was a difficult race to keep my concentration, because with a gap like that it is very easy for something to go wrong when you switch off a little bit. I just tried to keep my rhythm and in the end we could get it done.”