Two Wins For Rea In Argentina 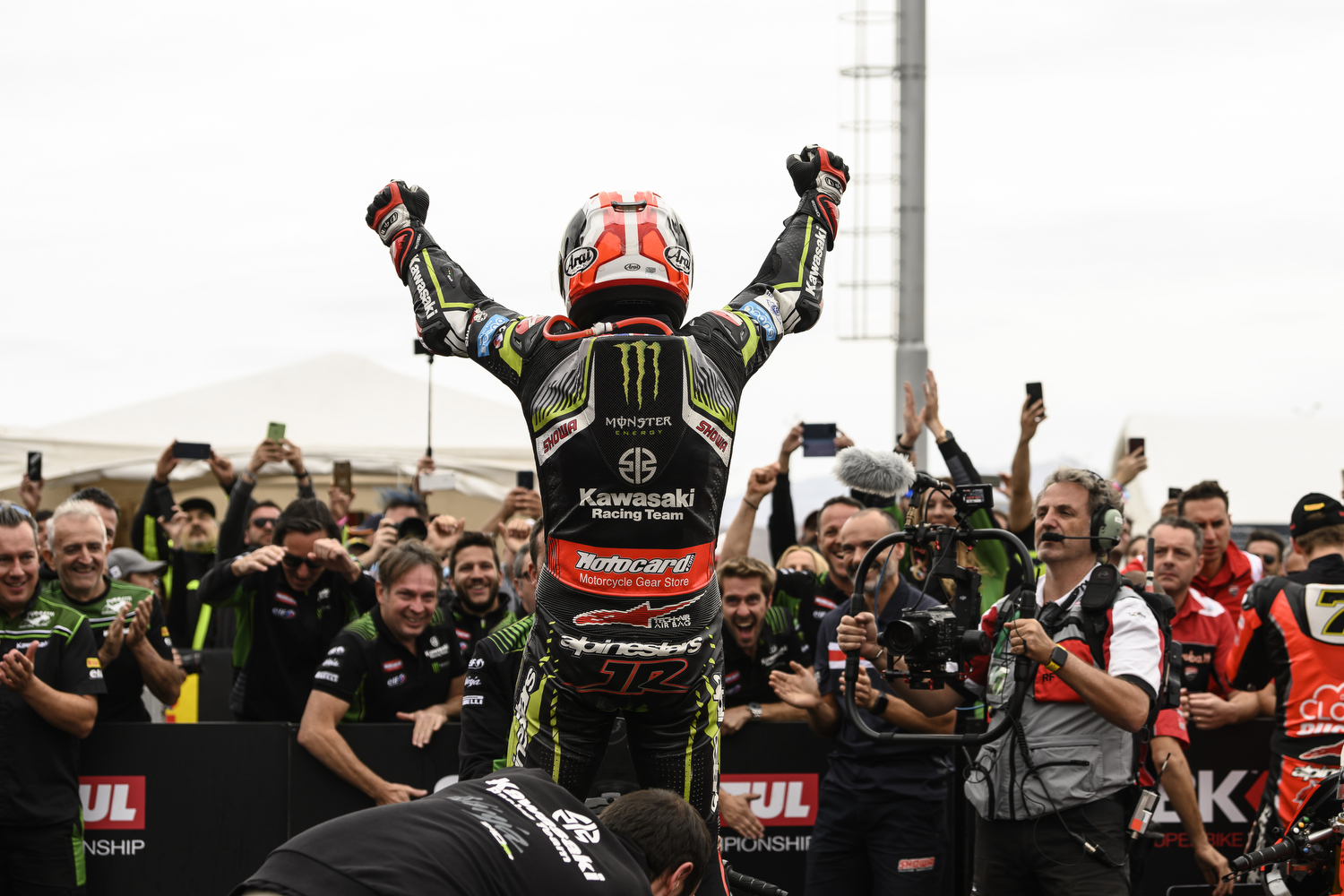 WorldSBK champion Jonathan Rea took his Ninja ZX-10RR to the top step of the podium twice today, winning both the ten-lap Superpole Race and the 21-lap WorldSBK Race Two.

The penultimate round of the 2019 season ended up providing two fast and competitive races on Sunday, each won by Rea to extend his all time record score of race victories to 85.

In the cooler conditions of Sunday at Circuito San Juan Villicum the pace improved greatly and Rea set a new lap record - and track best - of 1’37.462, on lap three of the ‘sprint’ race. His opening Sunday race win also earned him the top grid spot for the final race of the weekend, and thus Jonathan also became the 2019 Tissot-Superpole Award winner, for the best overall qualifying performance.

In the ten-lap Tissot-Superpole fight Rea was in command from the start, easing away to win by over two seconds from Alvaro Bautista. Haslam was eighth, having started from 14th on the grid.

In Race Two Rea got involved in a tense early fight with Bautista, before his pace told and he eased away to score his second race win of 2019 and his 14th of the season.

The season finale, to held under floodlights as is now traditional, will take place at the Losail International Circuit in Qatar, with WorldSBK racedays on Friday 25th and Saturday 26th October.

Jonathan Rea, stated: “That was really positive, especially the Superpole race where I felt really strong in the cooler conditions. The grip level was really high so I was able to push the bike and manage it. The sensations felt quite normal. We made a change overnight, on the front of the bike, just to give me a bit more front confidence in trail braking to stabilise the bike. That enabled me to carry that much more entry speed. We knew Alvaro was one of the strongest guys and to race with him I was going to have to be really strong on the brakes and corner entry. Kudos to the guys because we came up with a really good set-up. Yesterday I made too many mistakes in the race and that gave Alvaro too much breathing room, so now I am really happy to win both races today.”