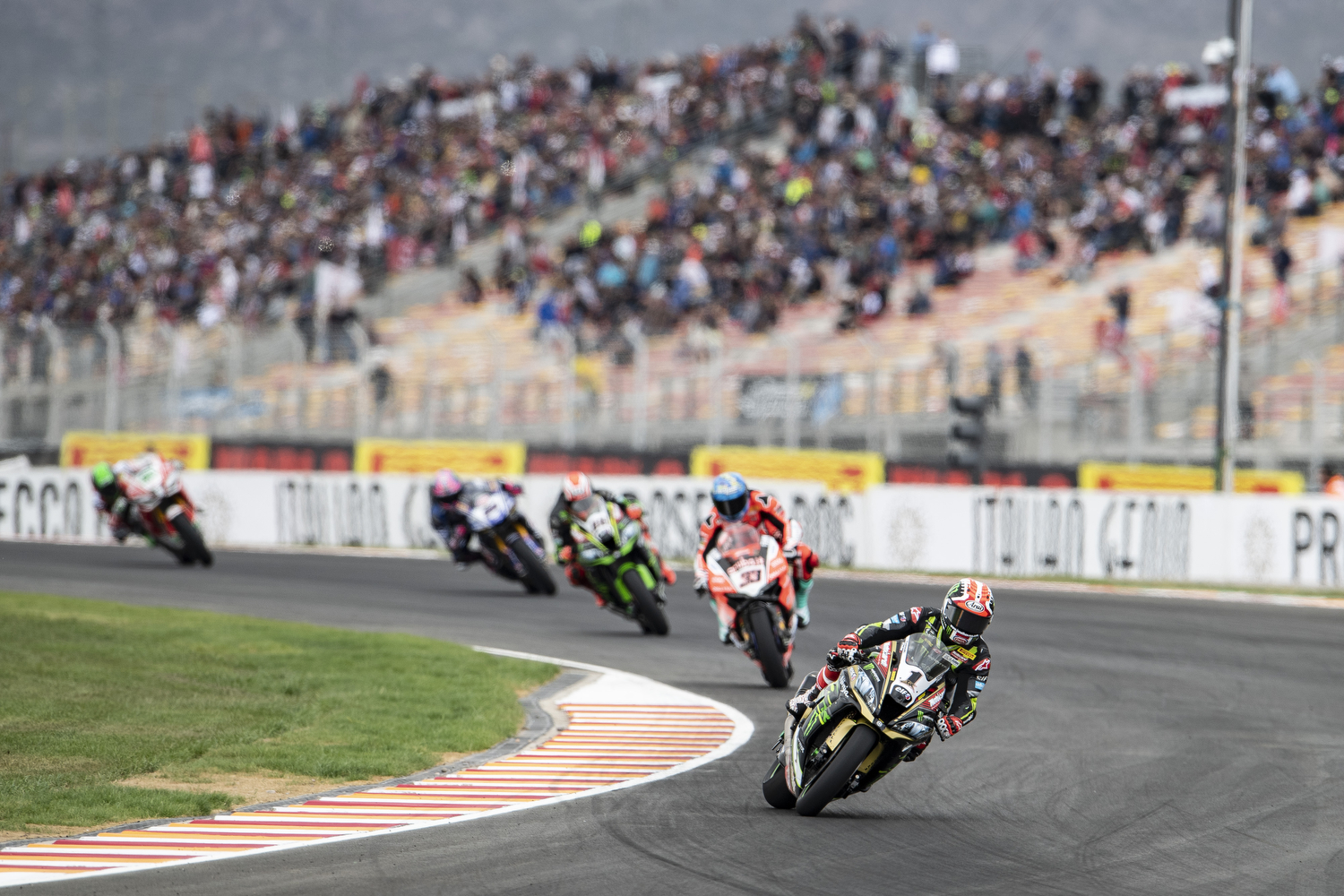 Jonathan Rea won a record-equalling ninth WorldSBK race in succession at the all-new El Villicum circuit in Argentina today, ensuring that Kawasaki won the Manufacturers’ Championship for the 2018 season.

Under greying skies and in front of an enthusiastic crowd Rea started from second position on the grid and launched strongly into the downhill first corner taking a lead that he was to enjoy for the entire race.  In taking the win he set a new lap record of 1’39.175, coming very close to breaking the Superpole record in the process.

High winds were a factor for all riders to deal with and even occasional spots of rain appeared for a time. The threat of heavier rain passed and in the final laps Rea was able to bring it home with an eventual advantage of 9.163 seconds to the second placed rider, Marco Melandri (Ducati).  Fellow Kawasaki rider Toprak Razgatlioglu finished in third.

The second Villicum race will take place on Sunday the 14th of October, in a 16.00 starting slot, local time in Argentina.

Jonathan Rea, stated: “It was an incredible way to do it today. To take the manufacturers’ championship with a race win was really nice. Especially to win for the first time in Villicum and Argentina. It is a technical track, it has got everything. I was always worried about coming here because everyone starts from an equal base. The teams that react the fastest, and make the best setup in a short space of time, are the ones that would do well. There was a lot of side wind today and it was buffeting me around a lot. There were spots of rain at one time and I just tried to convince myself it was not raining. The facilities, the new track, the spectators; it has been a pretty awesome weekend so far.”