A Visit To The Cathedral Next Up For Rea. 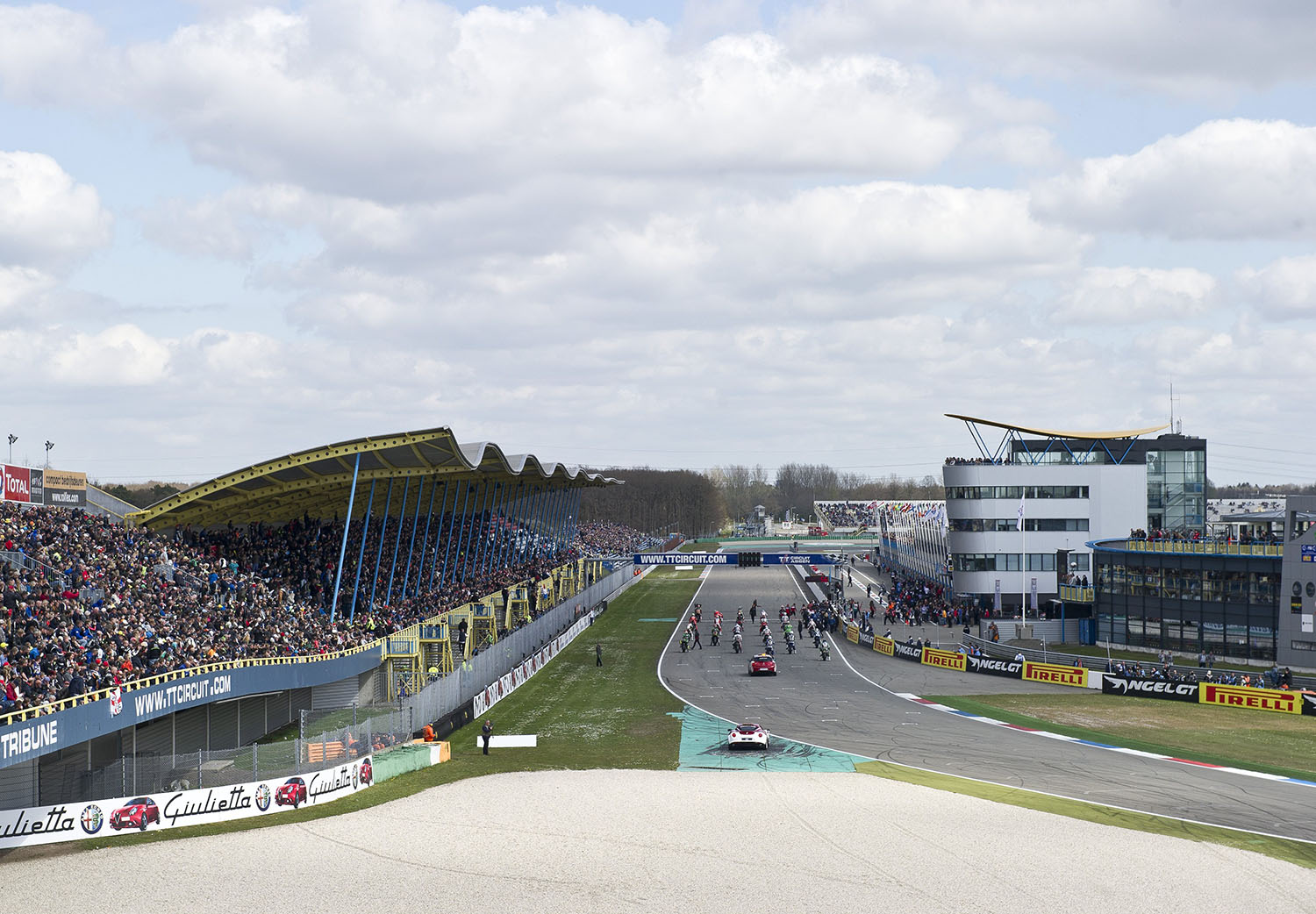 This weekend will see round four of the 2017 FIM World Superbike Championship visit one of the most iconic venues on the calendar at the TT Assen Circuit in Netherlands, known to all as The Cathedral of Speed.  It’s one Jonathan Rea’s favourite circuits and he is hoping that he can continue the run of form that has given him a strong lead in the early part of this year’s campaign.

Rea is also hoping to carry on the series of impressive results he has had at Assen over the years.  Since joining the WorldSBK class full time in 2009 Jonathan has had 12 podium finishes, with no fewer than nine race wins, including double wins in 2010 and in the last two years, 2015 and ’16 whilst riding for Kawasaki.  This is the second highest number of race victories for a single rider at a single track in WorldSBK history.  Race two on Sunday will also mark an impressive milestone in Jonathan’s WorldSBK career when he will take his 200th race start.

A key element of the success enjoyed by Rea and Kawasaki Racing Team is the level of commitment that comes from Kawasaki themselves along with a number of key technical partners.  Immediately after the last race at Motorland Aragon, Rea and team-mate Tom Sykes were putting the 2017 Ninja ZX-10RR through it’s paces at an official WorldSBK test session at the same venue.  Last week both riders were on track again at a private test at Autodromo Internacional do Algarve at Portimao in Portugal for two further days of testing where Rea and the team achieved positive results in a few key areas of machine set up.

This weekend track action gets underway for WorldSBK at the 4.542km Assen circuit on Friday with the first one hour, free practice session starting at 09:45 (GMT +2).  FP2 follows at 14:30.  Superpole Qualifying gets underway at 10:30 with WorldSBK Race one taking place at 13:00.  Race two will start at the same time on Sunday.

Jonathan Rea, stated: “I'm really excited to go to Assen as it's a circuit that typically I've been very strong at in the past. I really enjoy the layout and nature of the track. Sunday at Assen will also mark my 200th career WorldSBK race start so that, in itself, is something I'm both proud and excited about. Since the Motorland Aragon race we had three days testing where we've worked hard to improve the set up of the ZX-10RR and also worked on some areas where we have been struggling, with positive results. The WorldSBK Assen weekend always falls around this time of the year and history has shown that the weather can play a part, so it's important to be fast in both the wet and the dry. I'm excited for whatever condition arrives. It's always a great feeling riding in front of the passionate Dutch fans, who always turn out in force.”