A Winning 200th Race For Rea At Assen 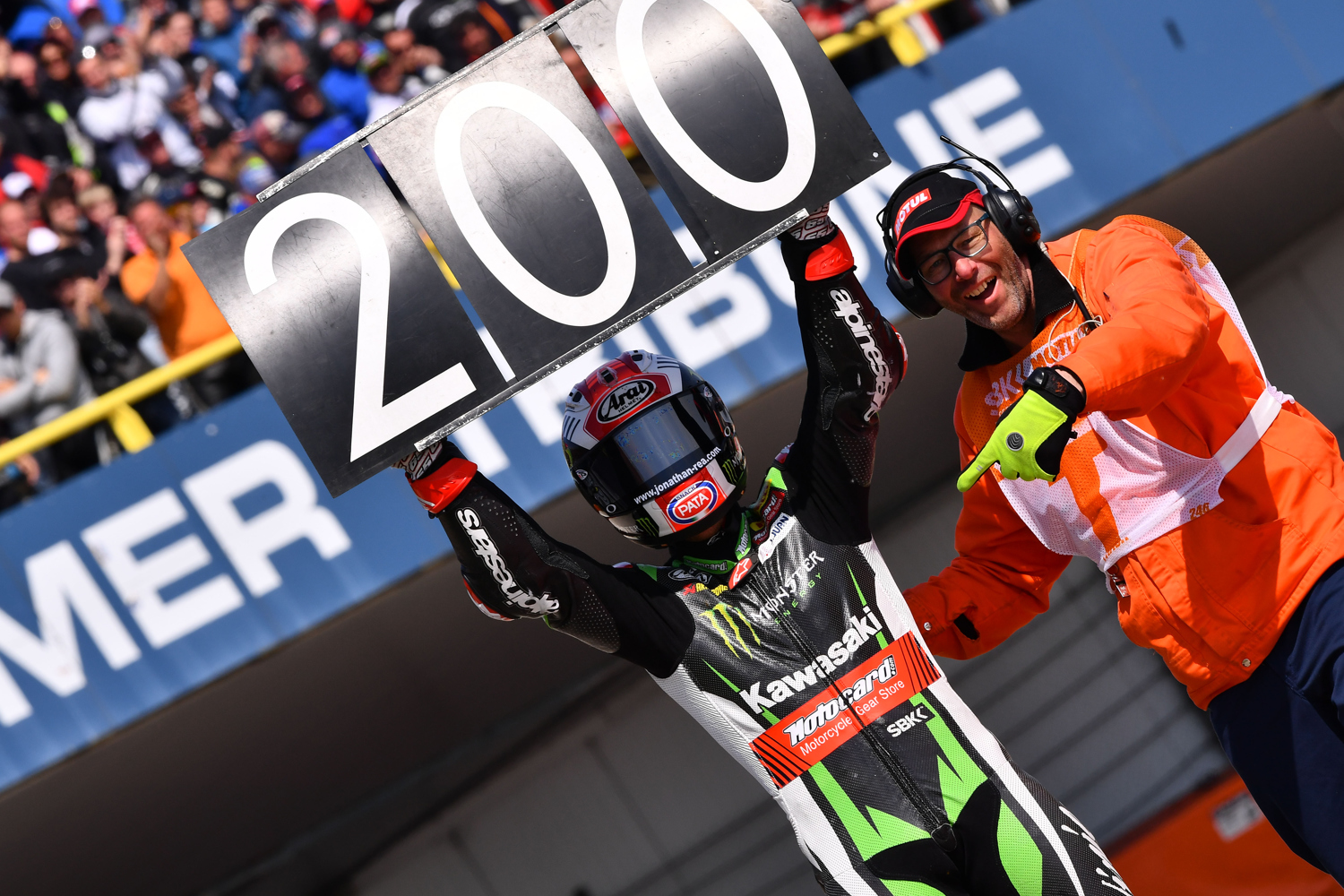 Jonathan Rea completed his 200th race in the WorldSBK class today at Assen in Netherlands and finished in style with another race win, his seventh of the season so far and his 11th at the famous circuit known as The Cathedral of Speed.

In a thrilling finish Rea crossed the line a mere 0.025 seconds ahead of Kawasaki team-mate Tom Sykes.  Chaz Davies (Ducati) came home in third.  The win now takes Jonathan onto a total of 195 points in the 2017 standings, 64 ahead of Sykes in second place.

It was a day of important statistics for Rea as it was his 45th WorldSBK career win and his 30th win on Kawasaki machinery.  It was also a hit-trick of doubles at the Dutch circuit as Rea his won every race here since he joined Kawasaki in 2015.

The next races in the series will take place on  Saturday 13th and Sunday 14th of May, at the Imola circuit in Italy.

Jonathan Rea, stated: “It has been an incredible weekend of racing. I have been especially happy with Superpole yesterday because the lap I made then was maybe the best lap I have ever made on a bike. I am really proud of that. Of course the race wins were really nice to take away. Today was a race of two halves. In the first half I raced hard until I got a warning so in the second half I just managed things to try and be safe and bring her home. I had a little bit left at the end but the biggest problem was the wind today. I was pulling a gap but then I had a huge front slide in T11, and my foot came off the peg, at mid-race distance. I decided just to ride and save something for the last laps after that. I had a big wobble coming out of 11 again near the end and I then just tried to be clever in the last lap and cover the last corner. My line was probably not the fastest way around there but it covered any move up the inside and I made it to the line first.”