WorldSBK Round Four For Rea And KRT In Aragon 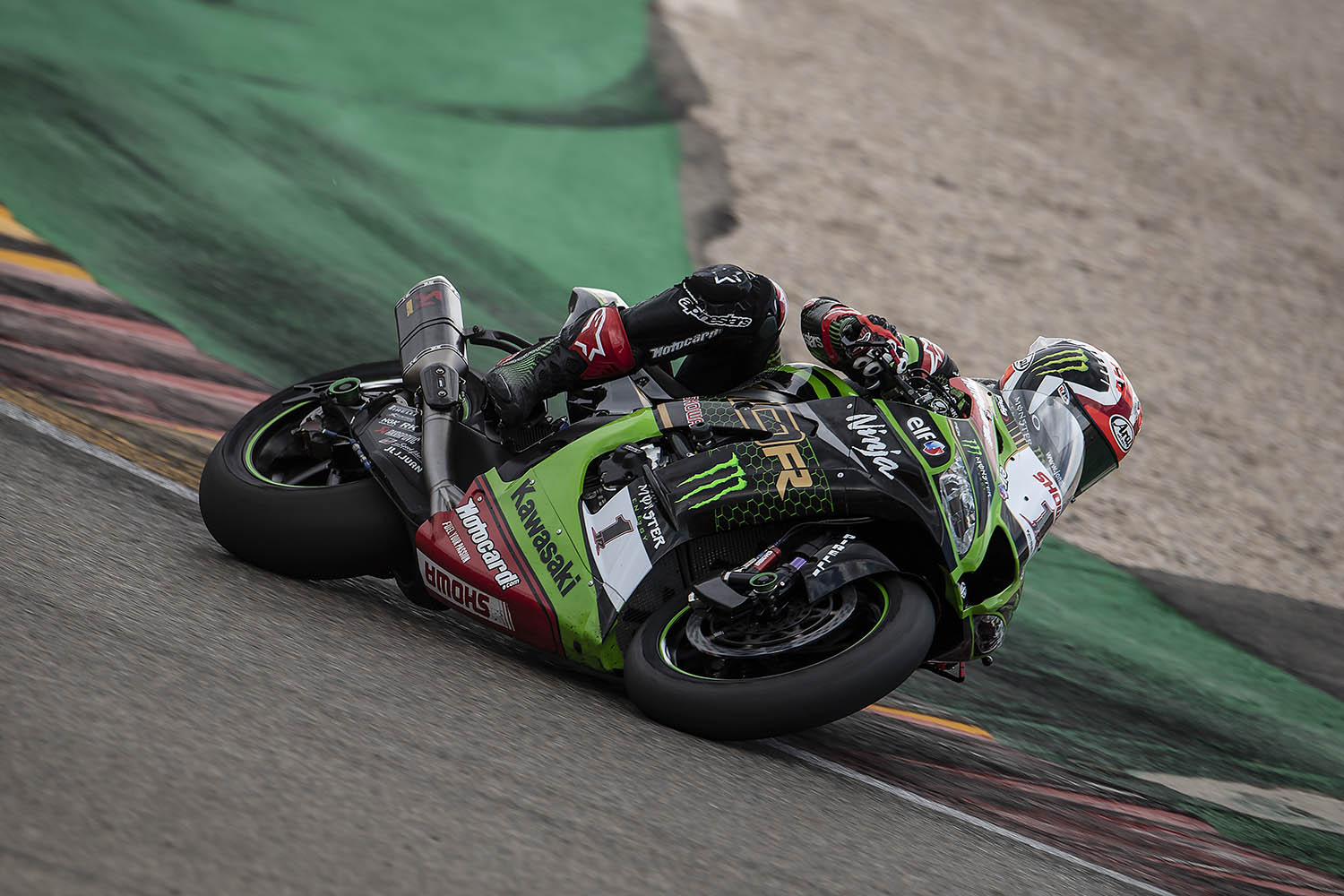 Jonathan Rea and Kawasaki Racing Team will head to Motorland Aragon in north east Spain this week for the first in a double-header race schedule, taking in rounds four and five of the 2020 FIM Superbike World Championship. Round four will take place this weekend, Aug 29-30, with round five the following weekend, Sept 5-6.

Current WorldSBK championship leader Rea will hope his recent form will continue, consolidating his position at the head of the pack in this shortened, rescheduled 2020 season.

Jonathan has an impressive record at the Aragon circuit, finishing on the podium in every race he has contested since joining Kawasaki in 2015, including three race wins.

Rea scored a stunning triple win in the last round at the Autodromo International do Algarve in Portugal, moving him into the championship lead for the first time this season, heading Scott Redding (Ducati) by four points. The pair were back in action a few days after those races, at the current race venue in Aragon, for a two-day test, with Jonathan posting fast lap times along with his Kawasaki team-mate Alex Lowes.

WorldSBK action will begin this weekend at 10:30 (GMT +2) on Friday morning with a 50 minute Free Practice session. The race weekend will follow the usual schedule with 20-lap races at 14:00 on Saturday and Sunday and the 10-lap Tissot Superpole race preceding the main race on Sunday at 11:00.

Jonathan Rea, stated: “I am excited to go to Aragon especially as we have done a lot a lot of riding in the last few weeks, at Jerez, Portimao and then the recent Aragon test, so I feel really good on the bike. That test was an opportunity to ride the circuit in hot summer conditions. We have not done that in a number of years, because we use it as a winter test track. The bike was working really well in the heat, which confirmed our new base setting. Looking to this weekend itself the temperatures could be cooler than we had at the test – maybe in the mid-twenties on raceday - which will be nicer on the body but may throw us a curve ball. So, we need to make sure we are prepared on Friday to get a set-up that is user friendly, fast and consistent. The target will be to win races.”